I am now writing from a hotel apartment in Dubai. I accepted an offer from a company I worked for before. My hunting for a place and country to retire in was abruptly placed on hold. Sadly I was too tempted by the money even though I felt I had enough. I also enjoyed the work I did and the interactions with other people.

This is the view as I looked out of the floor to ceiling window of my Dubai living room. The fronds of man made peninsula Palm Jumeirah and the buildings on it seen beyond and between those two buildings. If you had not known of the Palm Jumeirah, click below.
http://en.wikipedia.org/wiki/Palm_Jumeirah 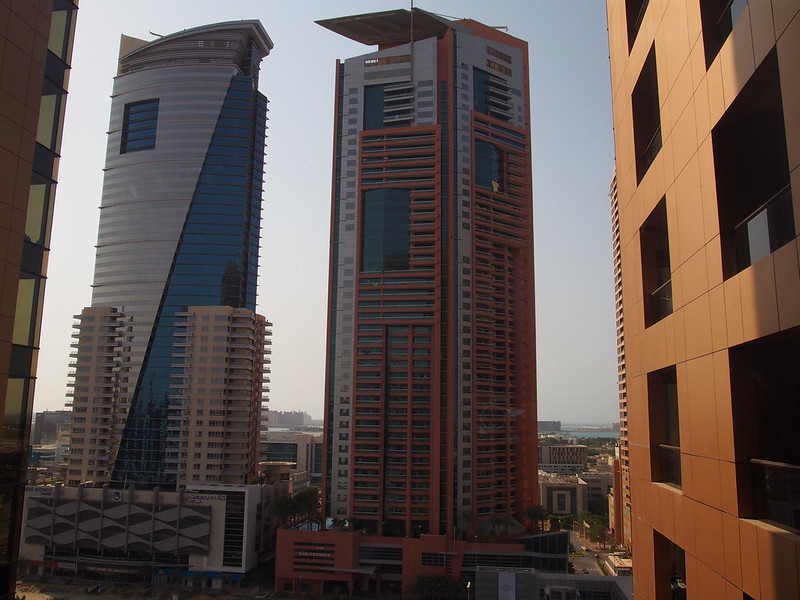 And the largest public aquarium in the world in Dubai Mall where fishes and people oggled each other. 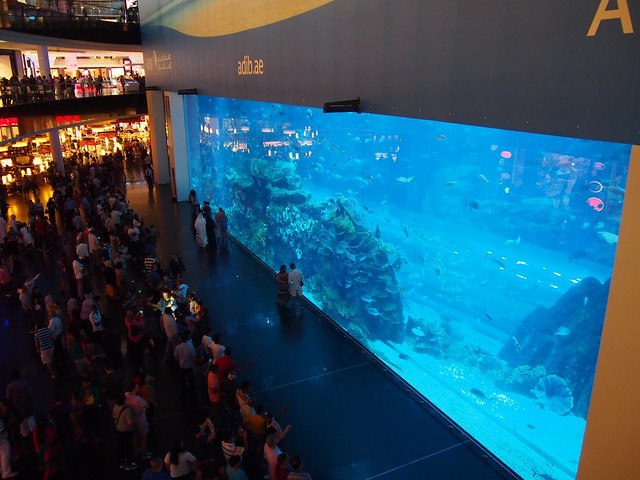 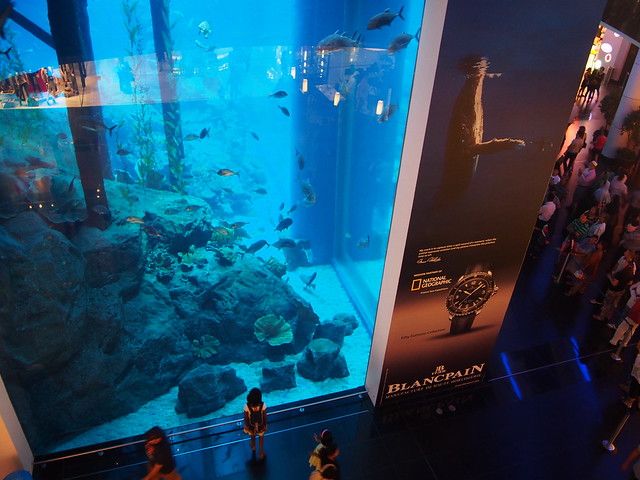 The tallest building in the world, by day, and by night 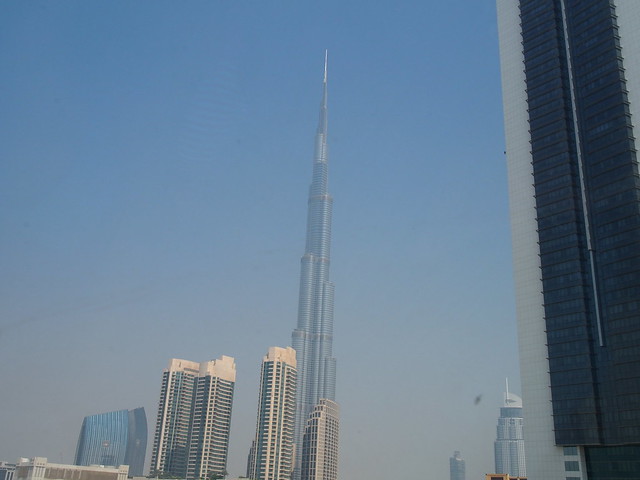 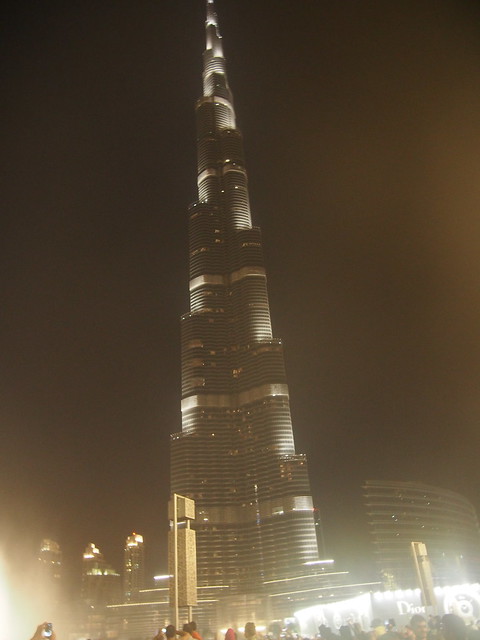 View from my 39th floor office 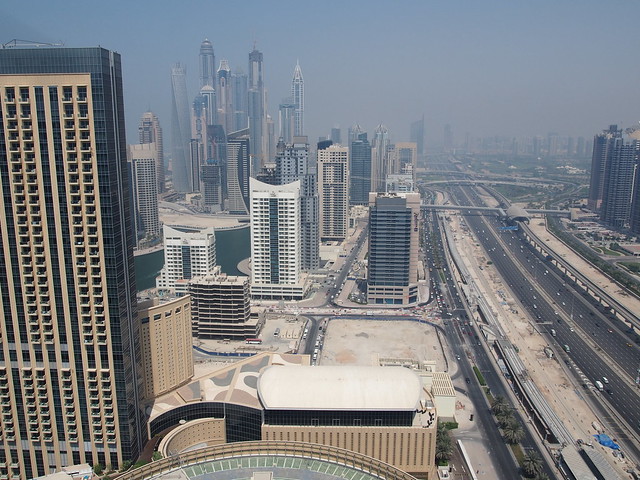 Yes, that building was twisted and not a fault from my camera lense. 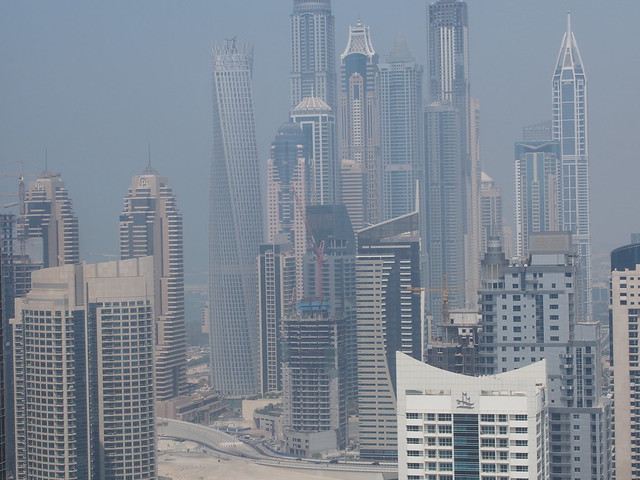 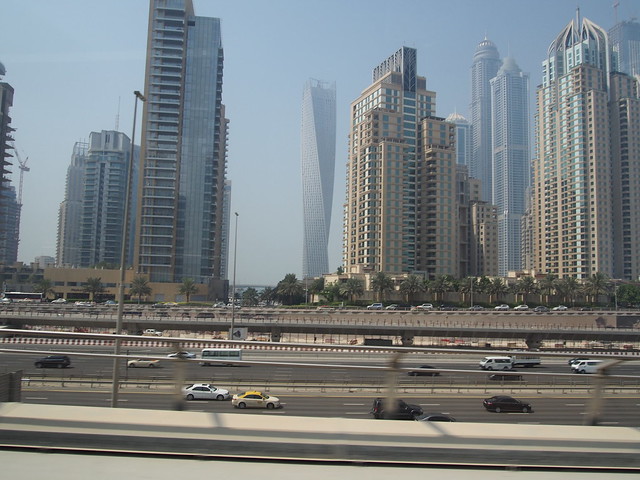 When I first came to Dubai, Middle East in 2008, I stumbled on Billy Blues near the Satwa Roundabout. That was in the Rydges Plaza hotel. That little restaurant had a charm of its own, a bustling bar/restaurant with pool tables and darts, and very good tasty baby back ribs that melted off the ribs when you look and salivate over the plate. I got to like Billy Blues for the food and the atmosphere and went back again and again when I was in Dubai. Then I was in Oman and joined my my wife. On the times we went to Dubai, I brought her to this Billy Blues.

When I left M.E. from time to time, I thought of Billy Blues.

So when I got back to Dubai 2 weeks ago, I had to make a trip to Billy Blues. With the running of the MRT of Dubai, I got to Satwa roundabout by train and bus. I had not decided yet on getting a car. Should I felt my stay in Dubai be more permanent, not only I get a car. I will yank my wife to join me by the roots of her hair. Dont know about the kitties as Ivan too old to go quarantine. And then maybe a birdie join our lives here. I rather make use of the cards in my hand then to wait for an ideal hand.

I felt in a short while, I would be ordering that baby back ribs and a beer. Some changes were made.
I saw the hotel changed hands and name and was called Chelsea Plaza hotel. I took the lift up to where Billy Blues was.

I was wondering why it was quiet. Then I saw a sign on the door of Billy Blues. That it closed on Aug 31, about 3 weeks ago.

I felt it was so unfair. My dreams of those tender meat melting from those delicious ribs remained dreams and memories.

I was really feeling so blue.

There was this dog.
I was sure that was a good dog even if I only recalled it as a creamy off white dog and not even certain of the breed (or breeds that gone into that dog)

I did not even recall that dog with good memories. You understand that after I nearly lost my family jewels because of the presence of that dog, despite the kilometers of open and empty beaches on Oman, that dog came close to me.

Despite the photos of Dommie walking through tide pools to me, 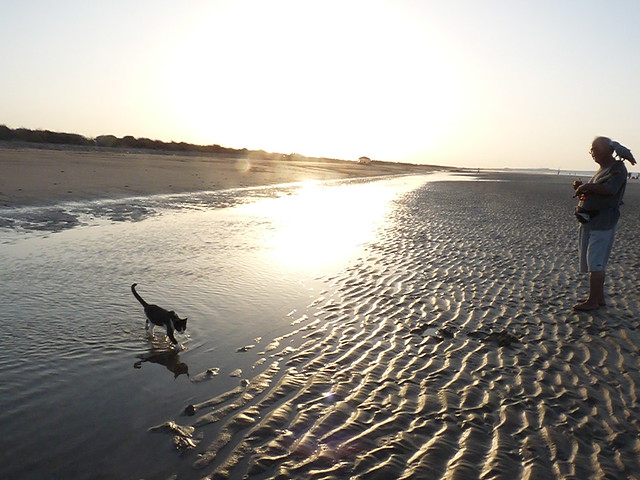 Dommie was paranoid of water and the sea at the beginning. It took time even for me to con Dommie that water wading was a pleasure.


That near lost of my family jewels was not even done by that dog, but by Dommie as he tried to scramble up my thighs into my shorts earlier. That the dog came along was more than Dommie could handle that time.

The sordid details written some time ago in
Last Footfall in Nepal// Sharon & kitty advice // Riamfada over weekend 18-19 March
http://shanlung.livejournal.com/113583.html

That was one of Bill White , an Alaskan, dogs.

I was told by my wife a few days ago that dog went on to a better world.
He was ran over in Kamchatka Peninsula where he was taken to by Bill.
A Russian who drank too much and not too careful send that dog on.

You recalled in Tinkerbell 2013
http://shanlung.livejournal.com/142489.html

where I went to see Tink in June,

The next day I was at the airport in the departure lounge waiting for my flight. I received a message from Nelson Liu that he discovered a nest of Blue Magpies inviting me to join him. That was a bit sad as I love the blue magpies. That discovery came too late for me. I was consoled later when he send me some shots of those beautiful blue magpies

Nelson did even better and put more photos into his blog.
You need not read Chinese to enjoy those photos of the Blue Magpies and other Taiwanese birds and the landscape.

My last reports on Qinghai plateau was already too thick to include Nelson when he wrote to me late August.
So it is here for all of you.

Some thoughts on clicker - The initial experience with Tinkerbell
http://shanlung.com/clicker-L-somethoughtsonclickera.html

Charlie and clicker training - beyond touch target //LiBai on finger and in slow motion videos —
http://shanlung.livejournal.com/126488.html


Tinkerbell Legacy - - Rant 03 (a flighted parrot mentality) & Understanding the mind of your grey
http://shanlung.livejournal.com/2187.html
Above is probably the most important of all I have written, and the foundation to all that I have done.

If what I wrote help you and you like to help, give a thought
for the wildlife sharing our planet.
Do write that cheque to Gerald Durrell wildlife trust

http://www.durrellwildlife.org/
or to any wildlife conservation body of your choice