And Peru with her sudden cold spell that send temperature plunging to -20C.

My heartfelt sympathies to the people of Pakistan and their sufferings in floods that ravaged their country. While her President went galavanting about in Europe.

And to the people of Russia in their fires and heatwave beyond precedent hitting them.
More manifestations of global warming which all countries denied and refused to do anything about in Copenhagen?

I fear that only to be the tip of the iceberg. Those events will likely be worse in the years to com.


This is the village Harban where Omer stay in. A 78 kilometer round trip from where we stay. 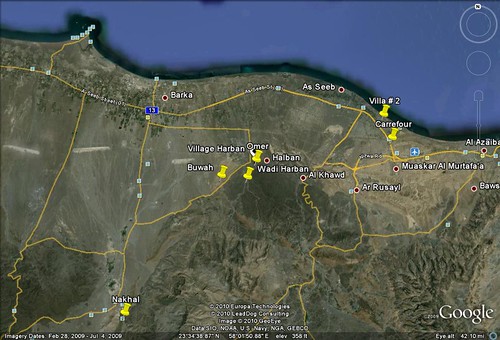 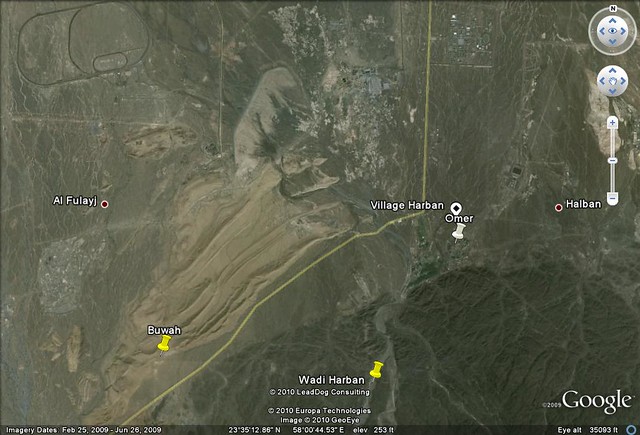 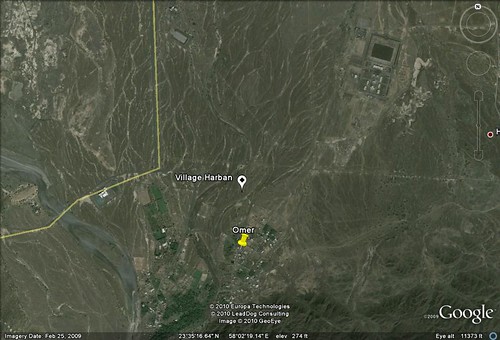 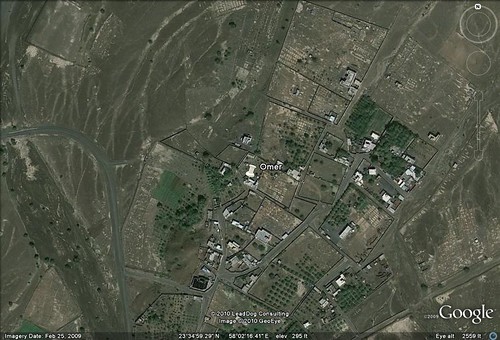 You look in the 3rd photo above. Katie might be anywhere in the top half, and beyond.

Or in the photo below where my hand point towards.

I walked all over the village calling and calling for Katie 3 times. 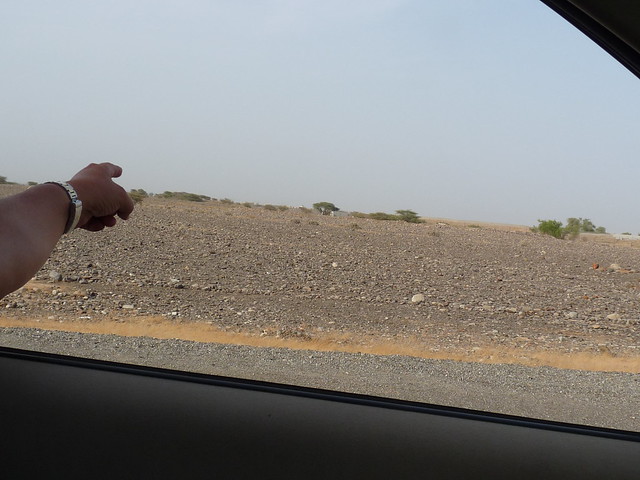 In last report, I said we brought Dommie to Omer for the second time and had dinner there. These photos and videos were taken then. Prior to going to Omer, I had to search for Katie yet another time, the 4th time.

Looking back at the car and village Harban 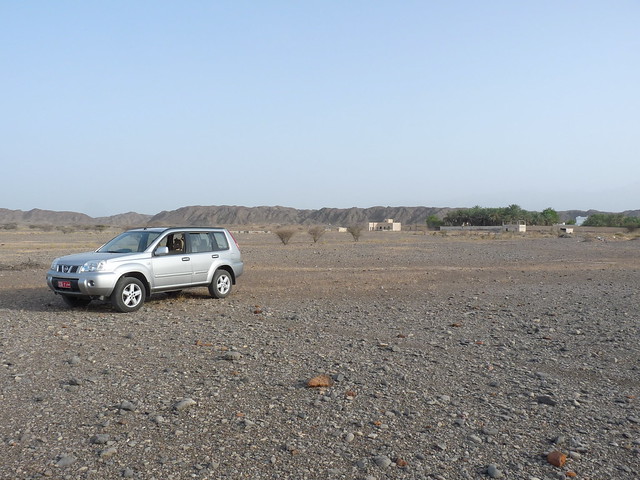 Below is a 360 video scan of that area

We came here an hour before the scheduled meeting with Omer, to look and call for my Katie.

flychomperfly commented in my earlier report and I reproduced below

You are always making significant contributions to our knowledge, and this is no exception. There is a contrast in your story that hit me hard.

People will watch parrots flying off when escaping from cages, so they say it's because they're wild--not domesticated. And yet, it would seem normal for a caged animal to fly away. So, it is their "wildness" that causes a parrot to fly away?

You have lived with your animals and have felt a wildness in Katie, while a closeness with Riamfada and Dommie. You set Riamfada loose with no harness and told her to fly and enjoy herself. Yes, she flew a bit far and gave you a pit in your stomach, but she followed you and returned. You set the kitties loose and told them to enjoy themselves, and Katie didn't come back--certainly not soon. Was she spooked? Maybe.

But it seems that people want to believe it is lack of domestication every time they see a bird fly off, while it is 'just the way of cats' that they wander off. And we don't think of cats as being spooked like we do birds. It is a double-standard that has clouded our ability to see beyond stereotypes of animals--instead of trying to understand the individual creature and that creature's personality.

People keep reminding me that parrots are just wild creatures, while cats are highly domesticated. However, there are so many examples like yours, which seem to be contradictory.

I keep trying to understand how domestication plays into our relationship with our parrots. Parrots can be just as bonded or just as wild as any cat, so i don't think we yet have a clear understanding of domestication.

I do not know what else to add to what he said.

In my earlier reports I had mentioned now and again that Katie was flakey, Katie ' 2 sandwich short of picnic', uncertainty on Katie, Dommie the steadier of the 2.

I was not being rude about Katie but as objective as I could on her characteristcs. But with the many trips we made out together, those trips went well as you have read.

Why she ran off, and not come at my call on that first day. I suspected that she went way beyond voice contact and could not hear me. She might have been in the wilderness when I thought she was in the village which I walked all over calling her.

I really do not know. I rather just have Katie back with us until time to go.
But if Katie is lost, I rather it be this way where I bear the burden of the guilt and not poor Omer.

We then drove to Omer's place. 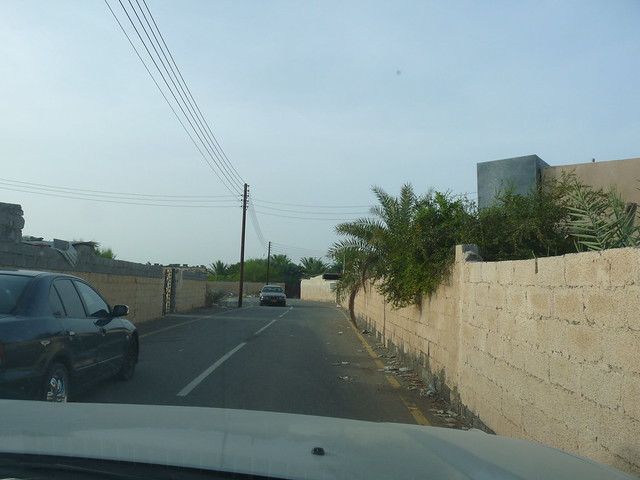 Dommie was let out of his carrier into Omer little couryard. Dommie wandered about and jumped onto the wall. 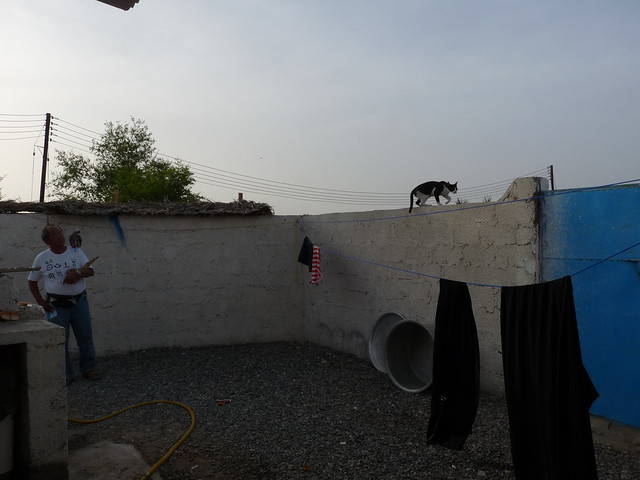 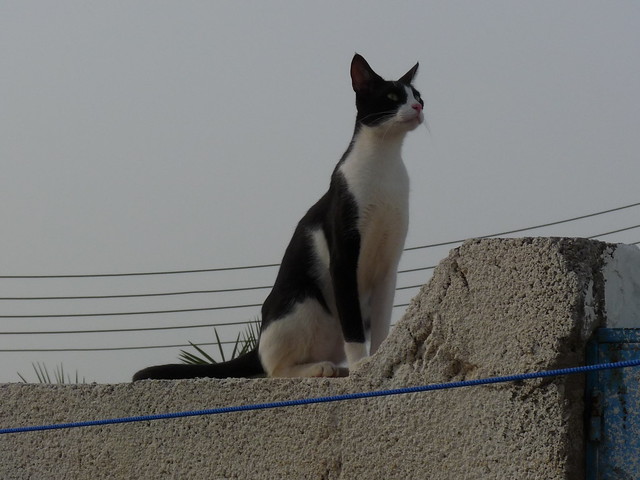 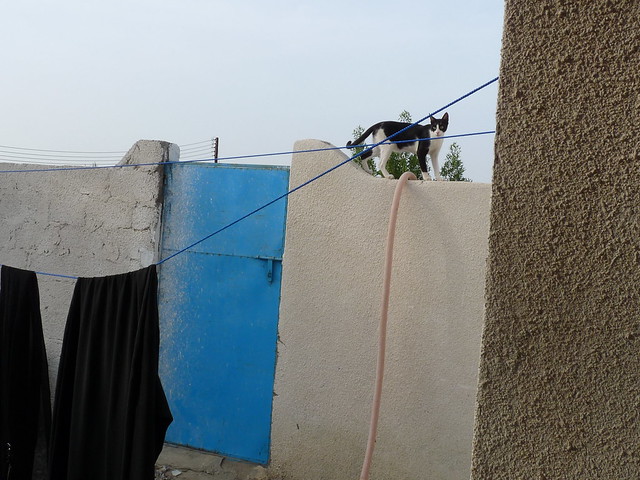 After that bit of hide & seek with Dommie as in the last report, I went off with Riam to look and call for Katie in the village in the forlorn hope to get her again. I had little hope. But I think all in the village knew of us. Perhaps some time in the future, should Katie turned up, she would be known by all and brought to Omer.

The search for Katie might have a useful by product even if Katie is not found. The villagers there know of Dommie. Hopefully the knowledge of Dommie is loved might protect Dommie in the future in that village.

Dommie wandered in and out of the house and over the wall and back again as should be the case and what I wanted.

Dommie in visiting area between Omer and his wife & nephew 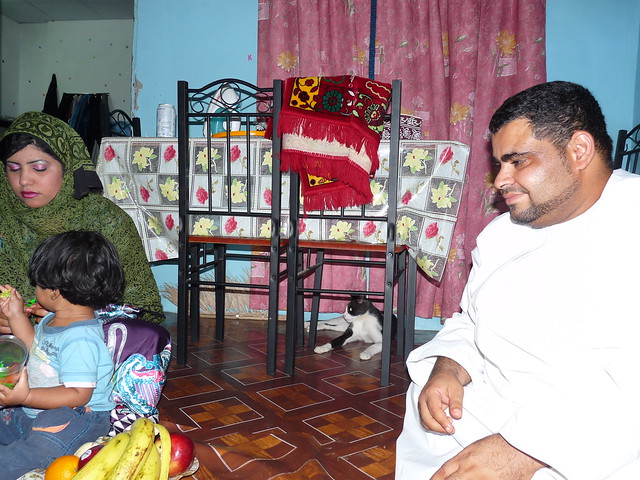 Dommie with Mrs Omer & cousin and my wife 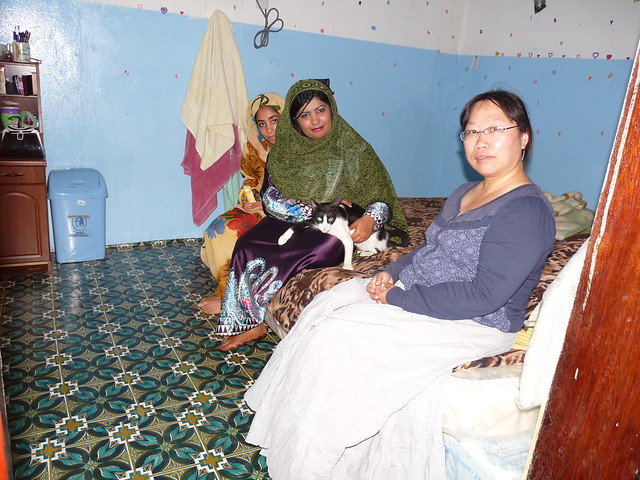 Omer with his younger brother 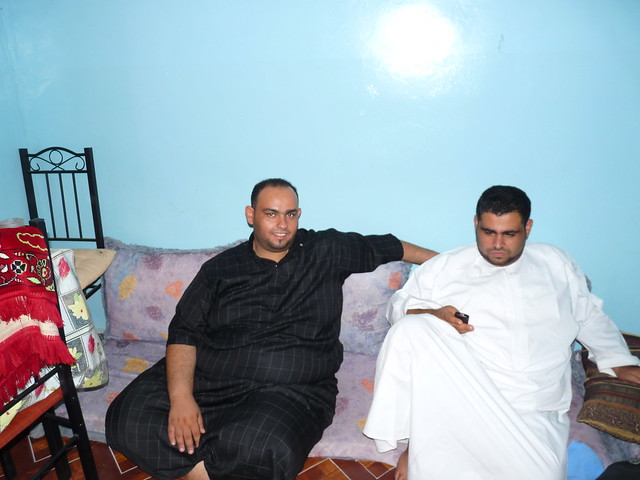 We had our daily neighbourhood walks. So many videos and photos had been taken and shown of that , in recalls, in hide&seek recalls in the past before. More were taken, but nothing unusual other than the absence of Katie.

I took another video of Riamfada been given a shower. You see the force of the water and the way I shook the shower head to make sure the water get under her feathers to her skin.

You do not need to worry about the water getting into her nostrils when the shower is on her head. I read somewhere it was ok and might be good to cleanse any dirt in the nostrils. Do be sensible and not shoot the water deliberately up into the nostrils. Any of the water into her would just emerged as pee. I can attest to that.

Shower will be about 40 seconds. This video is only 20 seconds as my wife said any longer will have problem in uploading into Flickr.


The shower would have Riamfada thoroughly soaked. She had no problem in flying off to the perch in the living room, leaving a very wet trail behind her.


I had taken a video of Riamfada being asked to fly into her room with me tossing her off the perch. I mentioned then I need not tossed her.
You can see I asked her politely and she would fly back to her room. No need to bribe her either.

You can see her getting ready at cue and flying off at my 'Go!'

No cage in her room either as that cage is still with the Jabri. That cage , should it be with me, had its door wedged open and served only to hold Riamfada's mash bowl.

I knew we were here in Oman on borrowed time since the end of last year. Ever since early this year, I expected I have to leave Oman and all my creatures here. If you have not known about all that and wondered why I cannot take Riamfada with me, please read the following.

It is painful enough for me as it is. So please read or re-read above before you write to me wondering why I have to leave them. Please do not make it even more painful for me to reply and tell you things I have said above because you had not read that.