I came back after 3 days at Duqm about 6 hours hard driving late Wednesday afternoon.
Shortly after that we picked up Riamfada from the Jabris. She delighted everyone there and no one would even whisper a word of complain on her.

On the 18 Feb , Thursday morning, Katleen drove over and joined us on our drive to Wekan.

It was on the 26th February 2009 that we first went to Wekan and caught the tail end of the cherry blossom there.

That report was made here in "26-27Feb Cherry blossoms at mountain village Wekan "
http://shanlung.livejournal.com/96688.html

That was why we wanted to go earlier to Wekan this year.

We set off earlier in the day too. And found ourselves caught in a huge traffic jam just 10 km from the start. A truck overturned and brought traffic to a crawl. That enable us to see things we never seemed to have noticed before. Such as the photo below.

Coffee pot is a traditional welcome , and what better way to welcome your guests but to have 2 enormous Omani coffee pots built into your front gate. 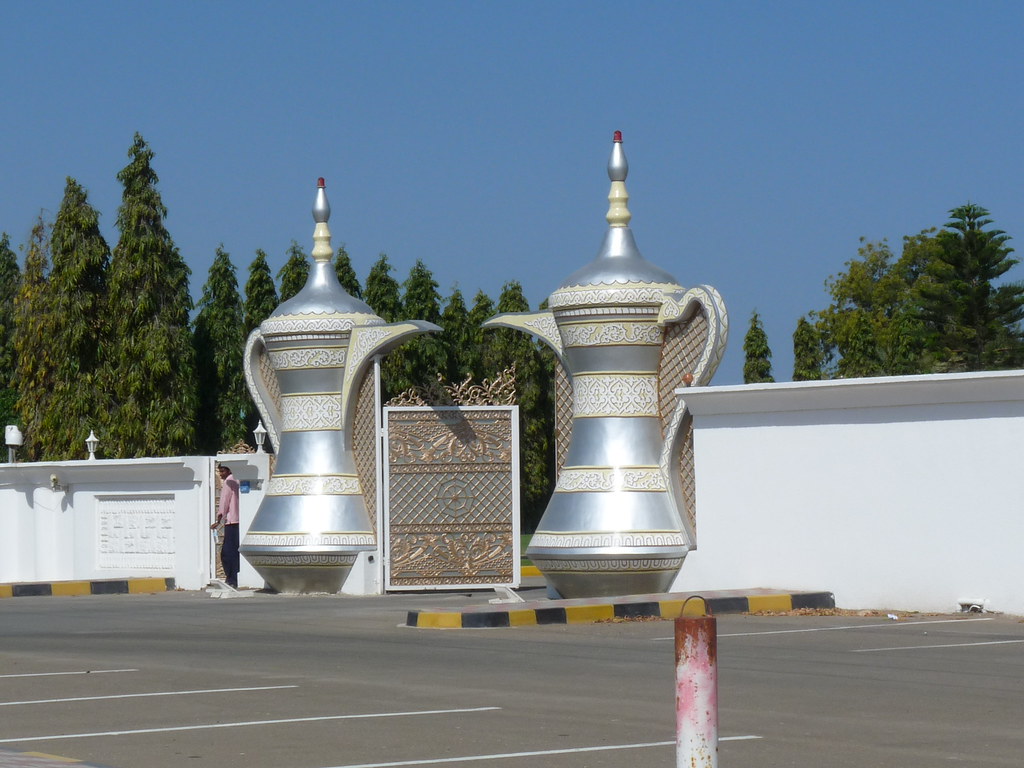 The difference this time was that I knew exactly how to get there unlike that first time and the uncertainty if I was heading there at all.

We drove past Nakhal and then turned off the main road aiming for this cleft in the mountain side. 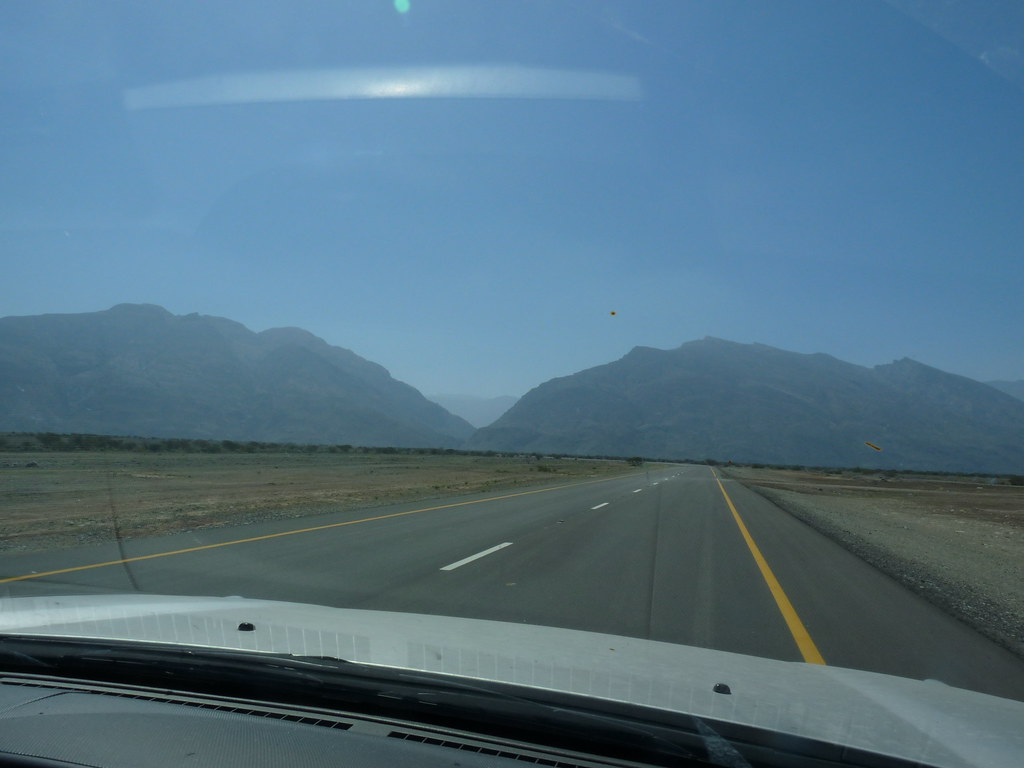 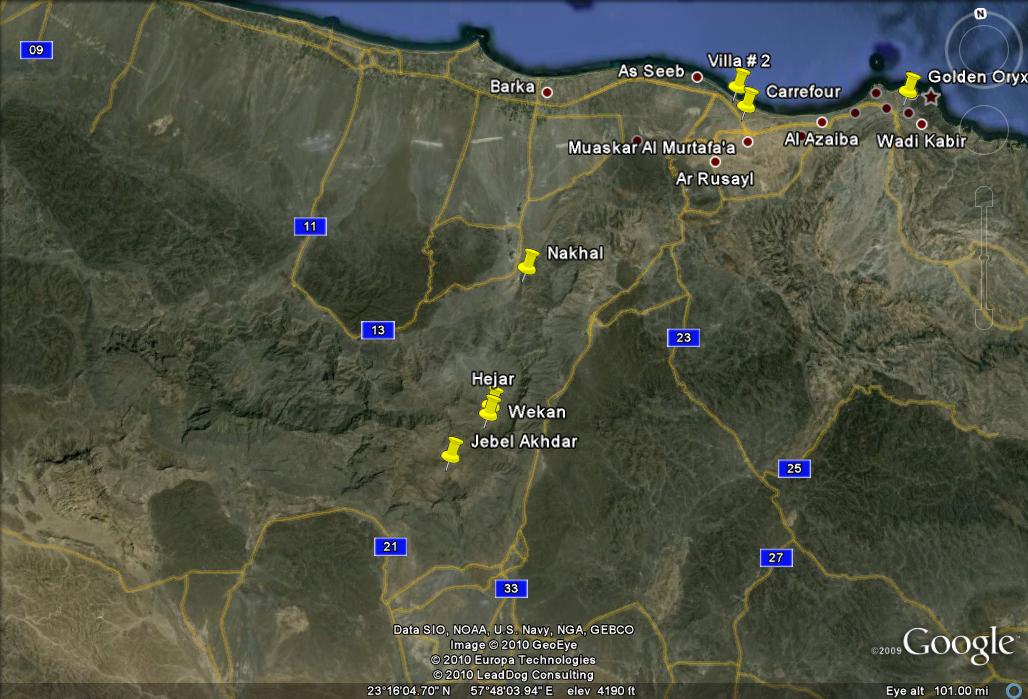 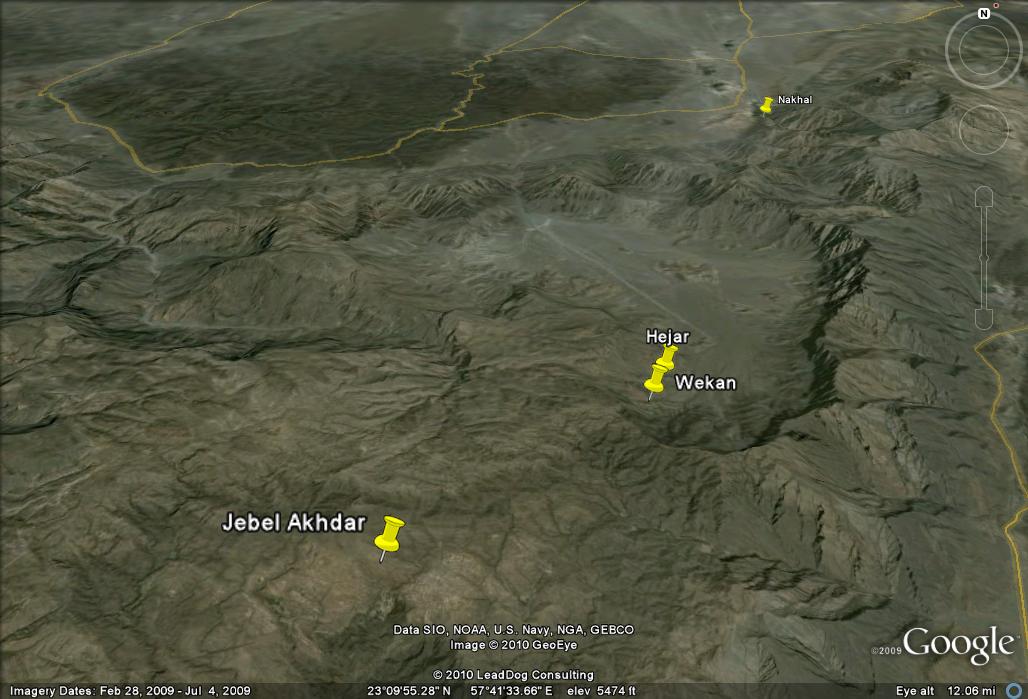 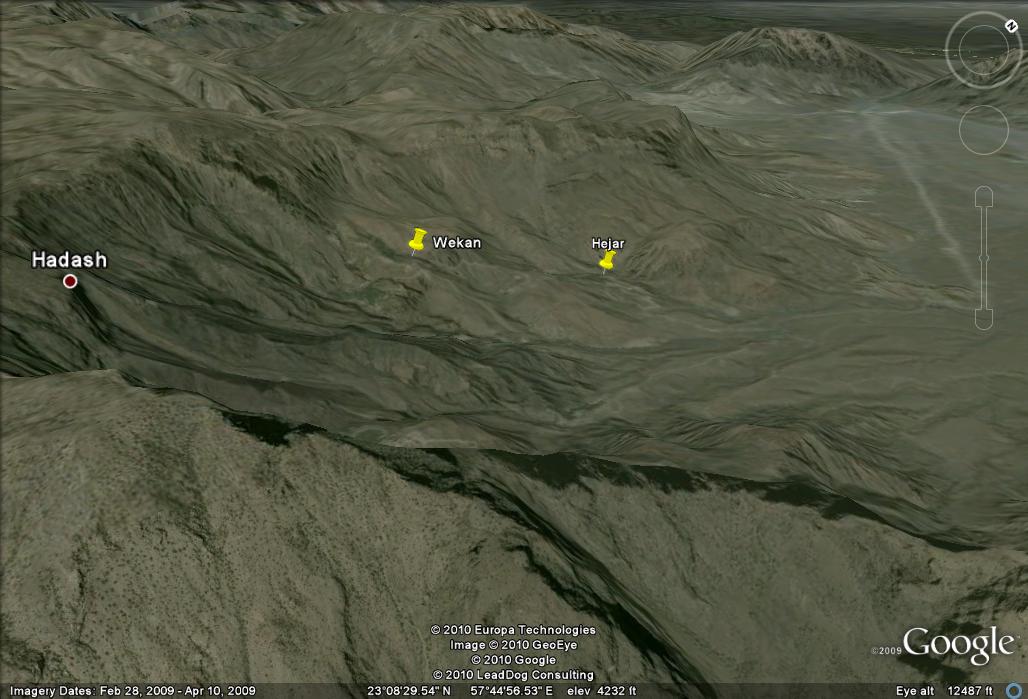 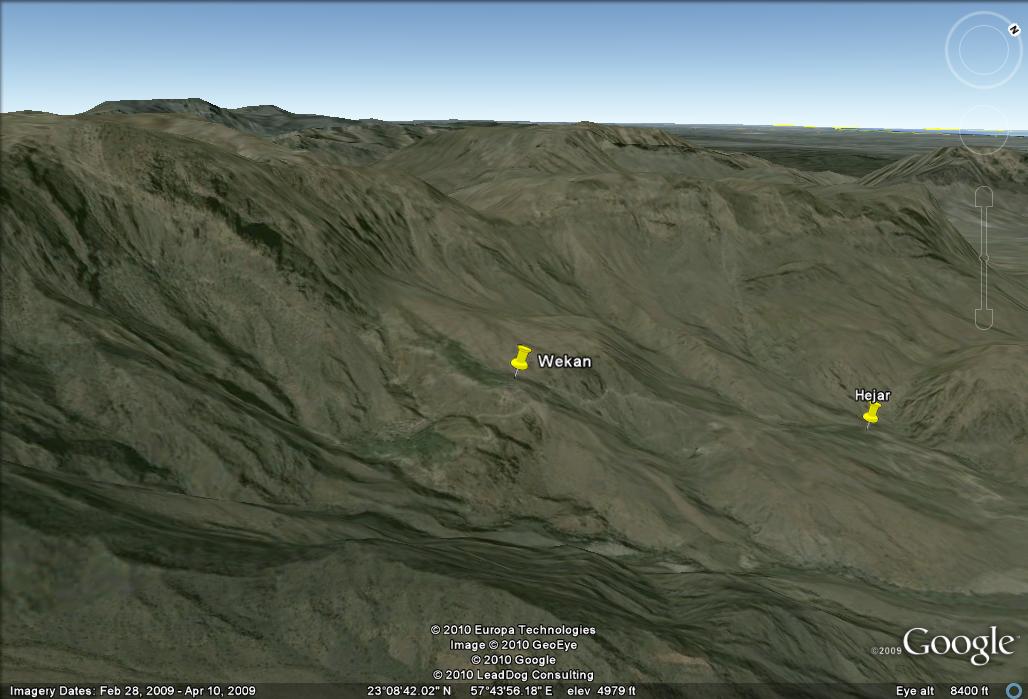 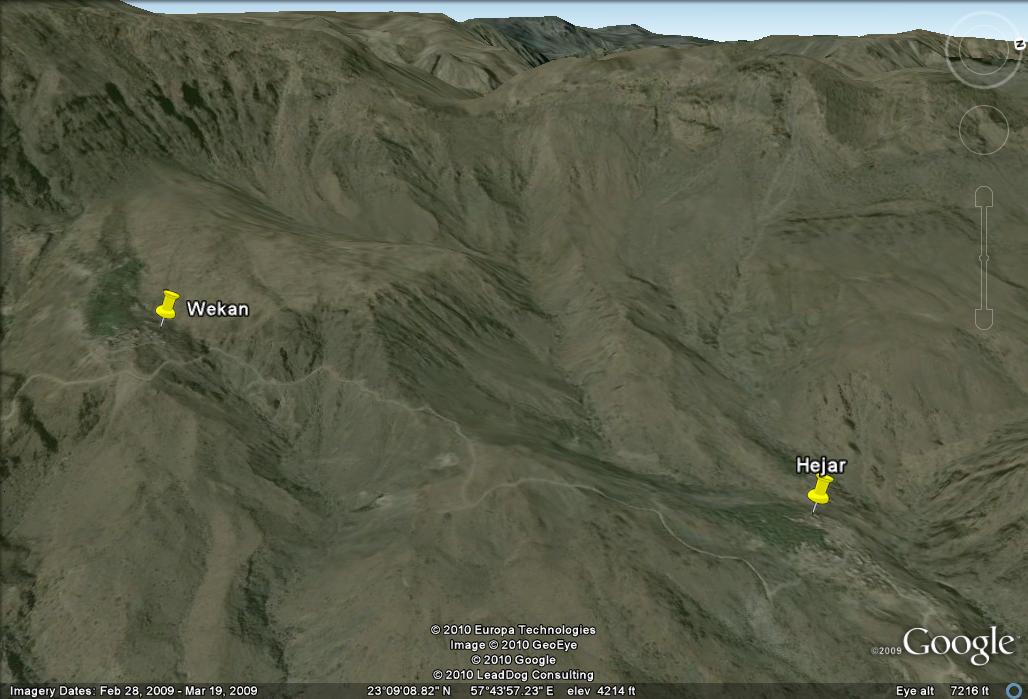 I got my wife to take over the driving on the track and that I would take over at the dangerous steep part up the mountain.

We were then rumbling on stony track surrounded on all sides by high mountains of the Ghoubra Bowl. I thought I would try again to see if Riamfada liked the front instead of being over the back seat. I hung her ring over the rear view mirror. 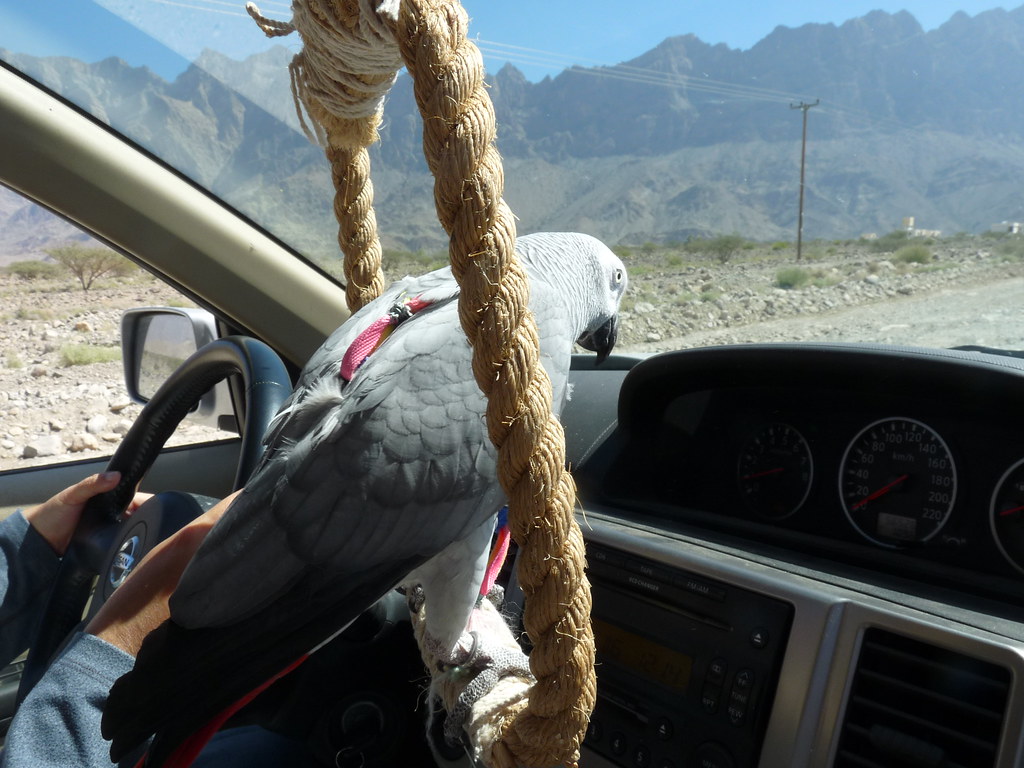 It did not take her long before she decided she had enough and wanted to go back to her usual perch over the back seats.

After 50 minutes or so, we saw Hegar, the town below Wekan. 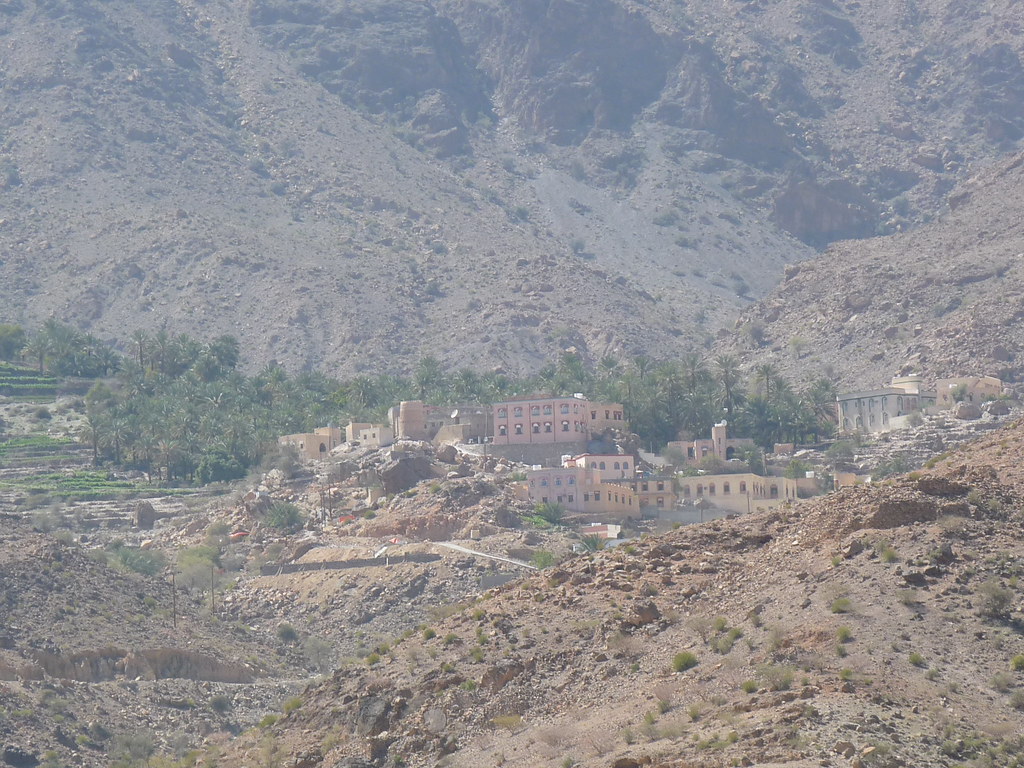 My wife made prints of the photos we taken of some of the people there last year. We stopped by that town and handed those photos to the kids to show we remembered them and did some flights again to delight them.

We then continued on that steep winding road into Wekan. This drive is not for the faint hearted or for people without a firm belief in their immortality. And you prayed another car would not be coming down that narrow track while you were driving up. 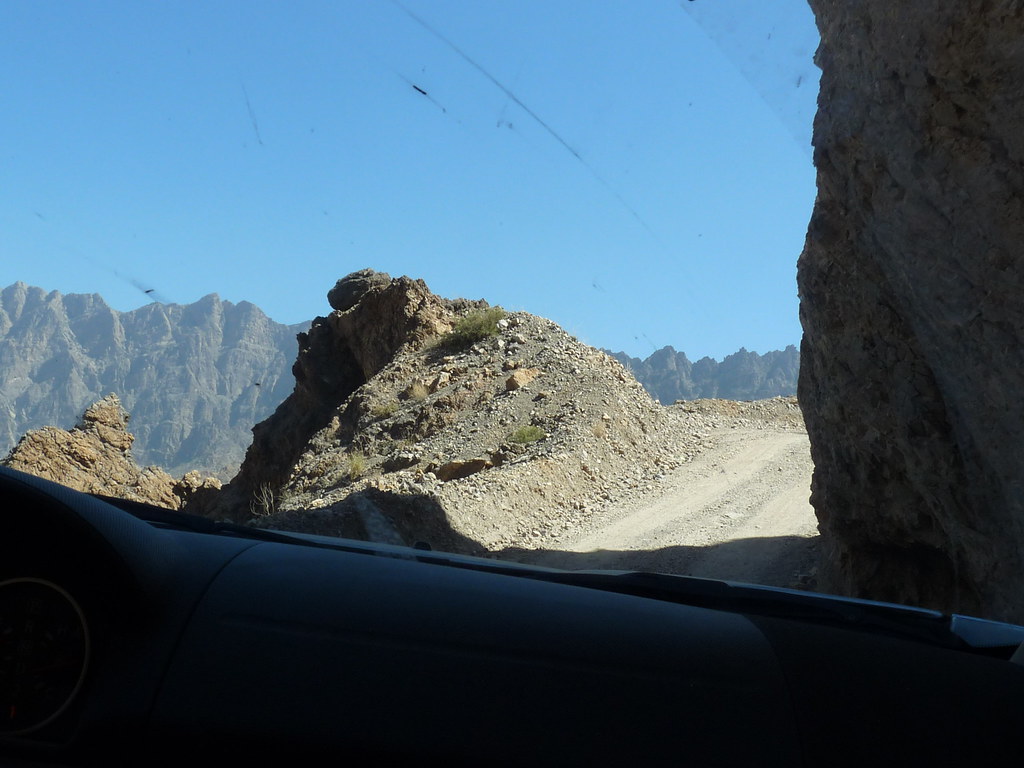 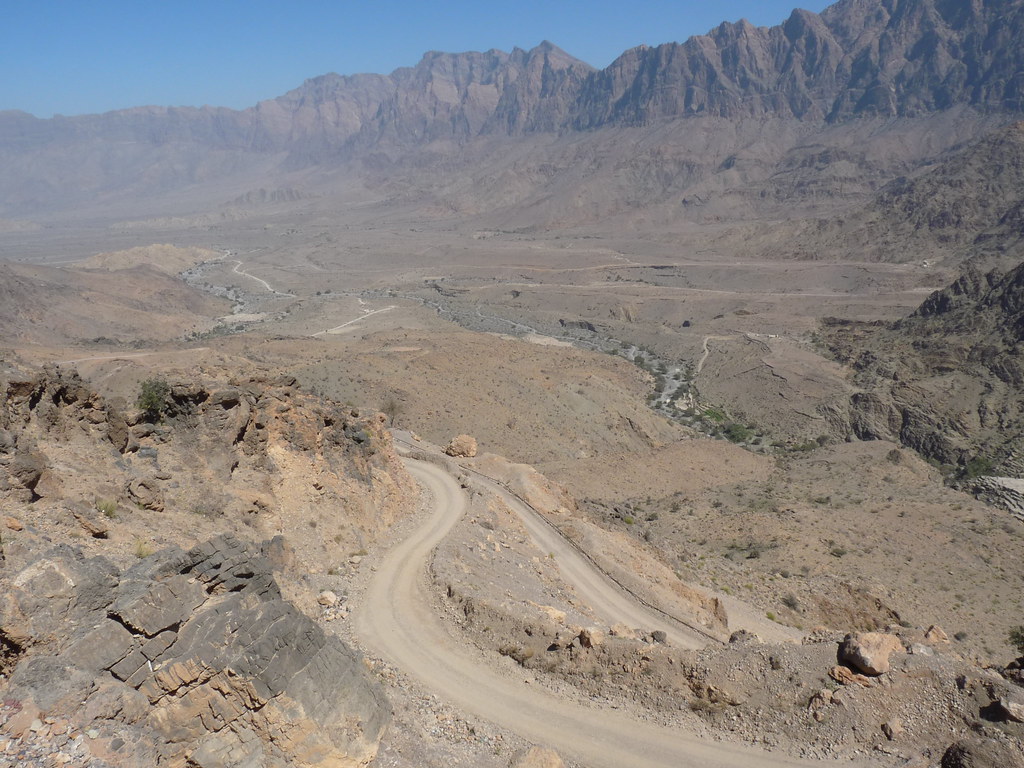 We reached Wekan to see the trees in the orchard there snowy white or pink with blossoms.

We stopped first at the Wekan lookout to do a couple of flights. 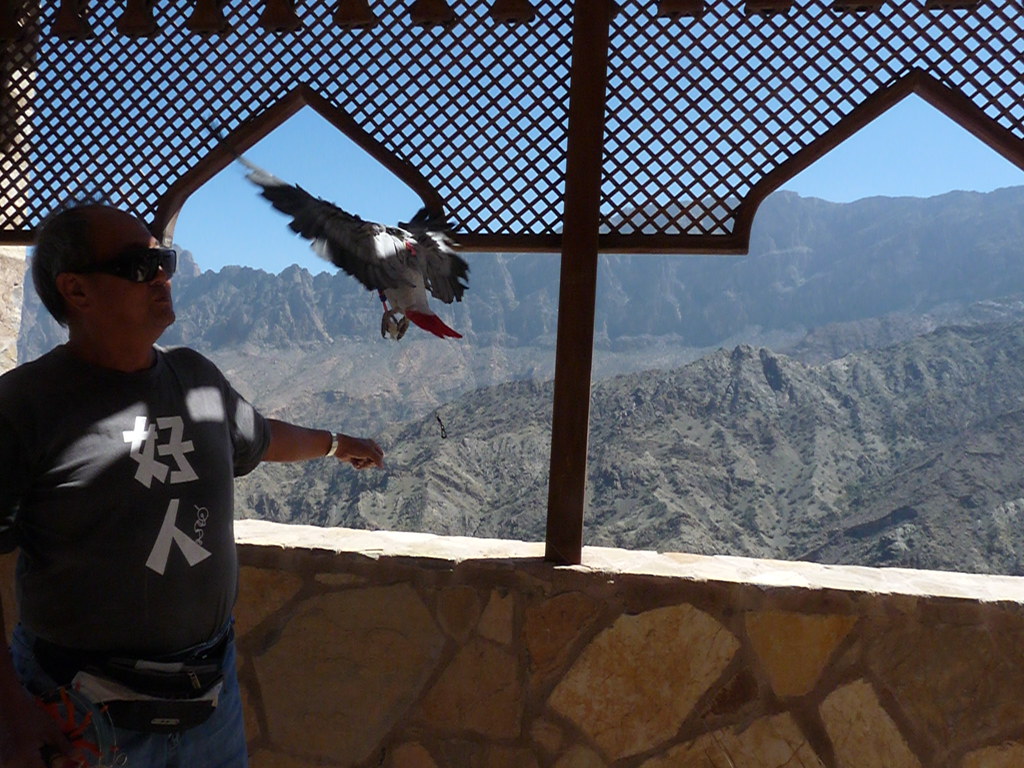 Then we walked on to the orchard behind Wekan. 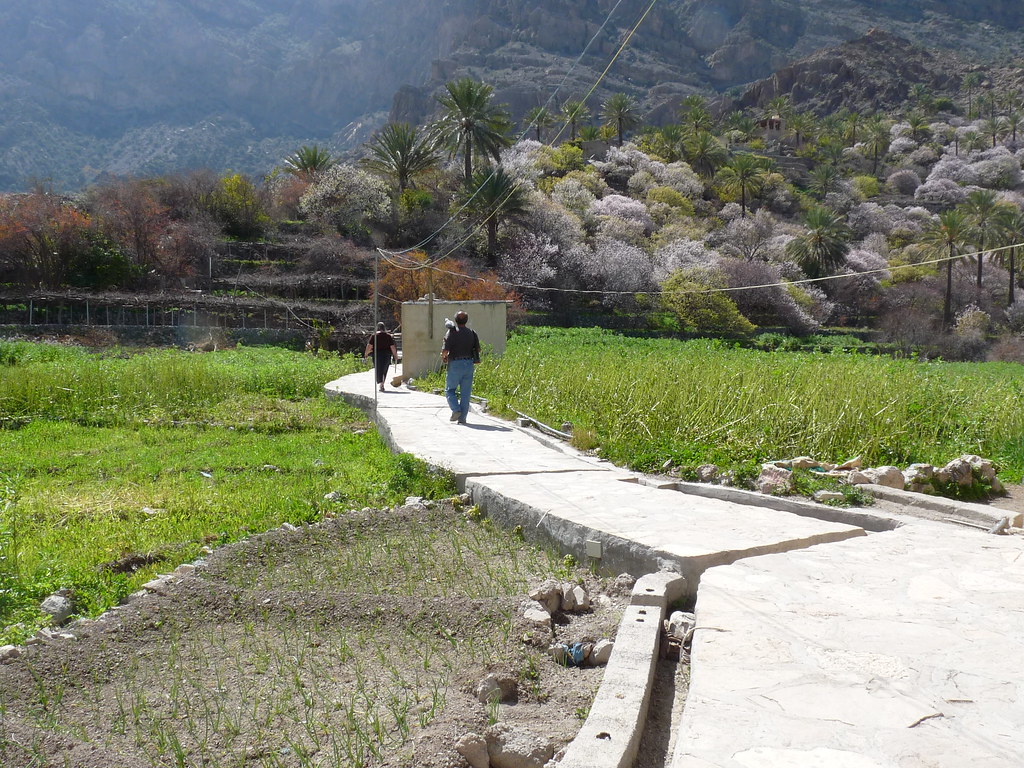 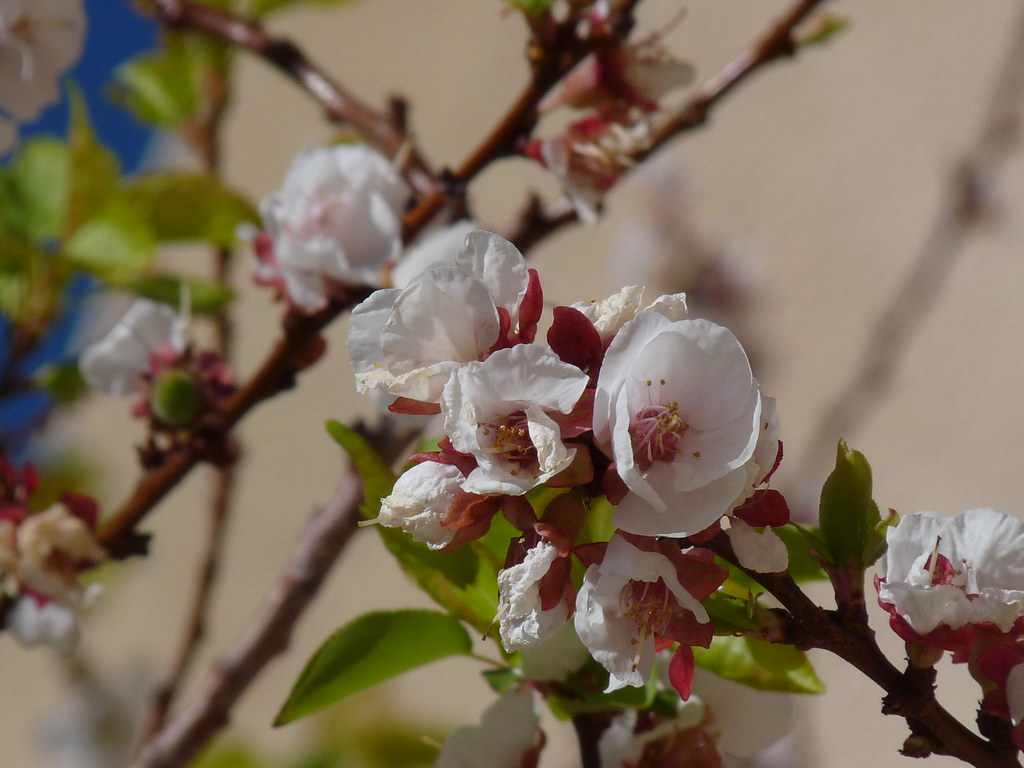 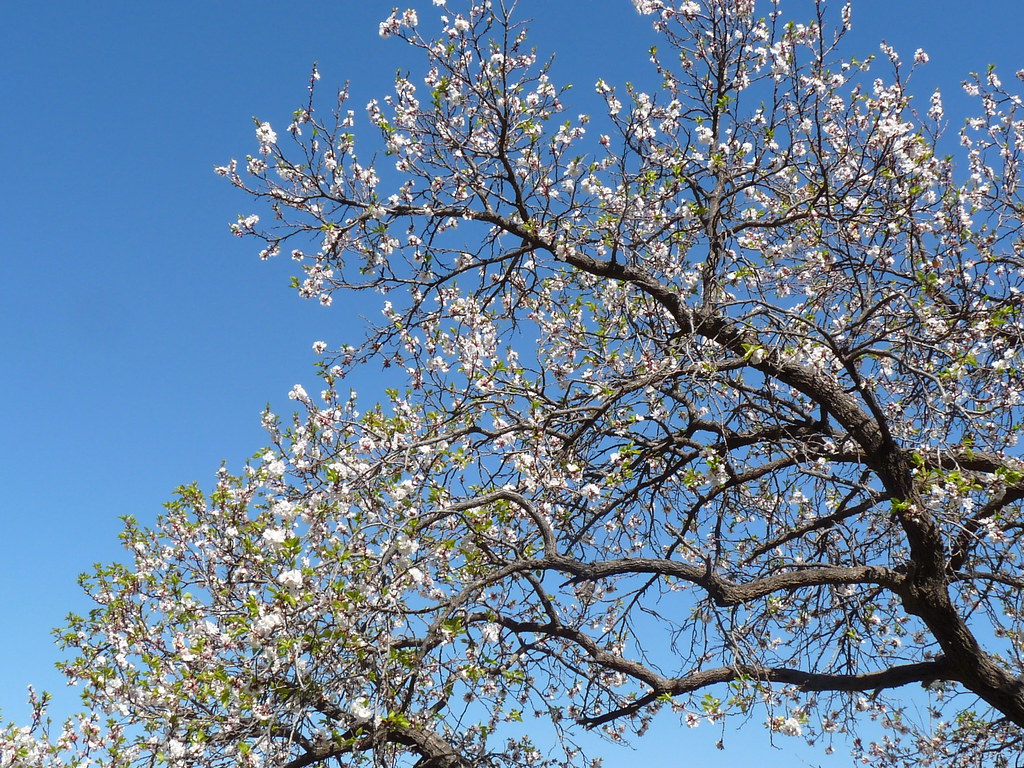 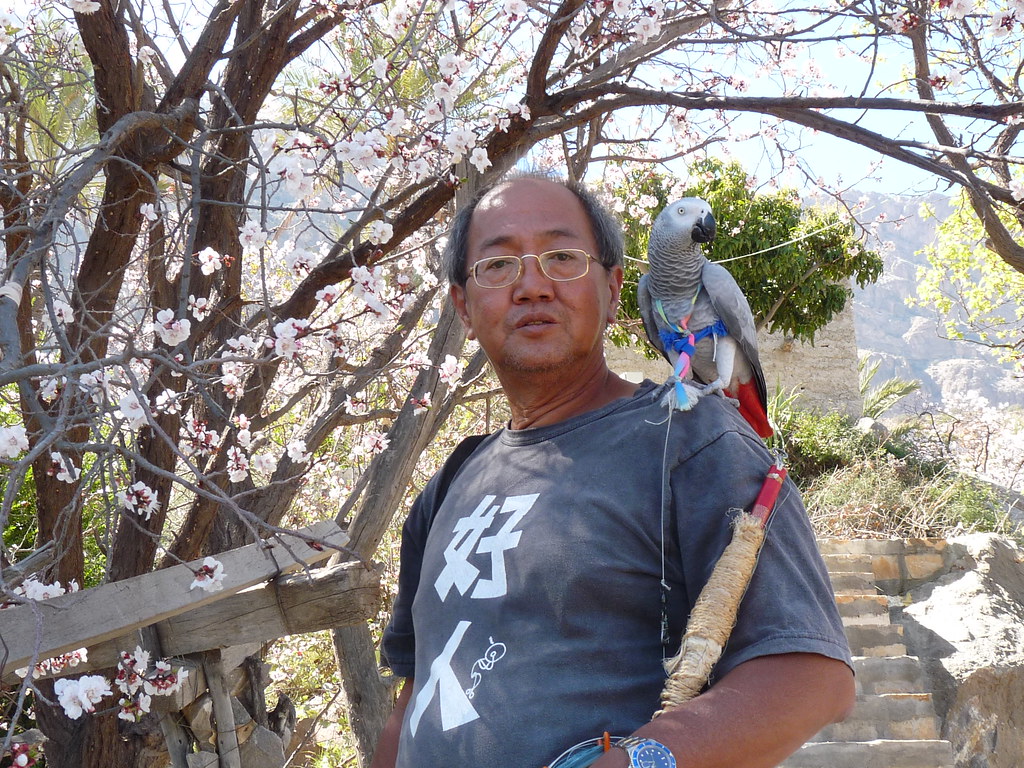 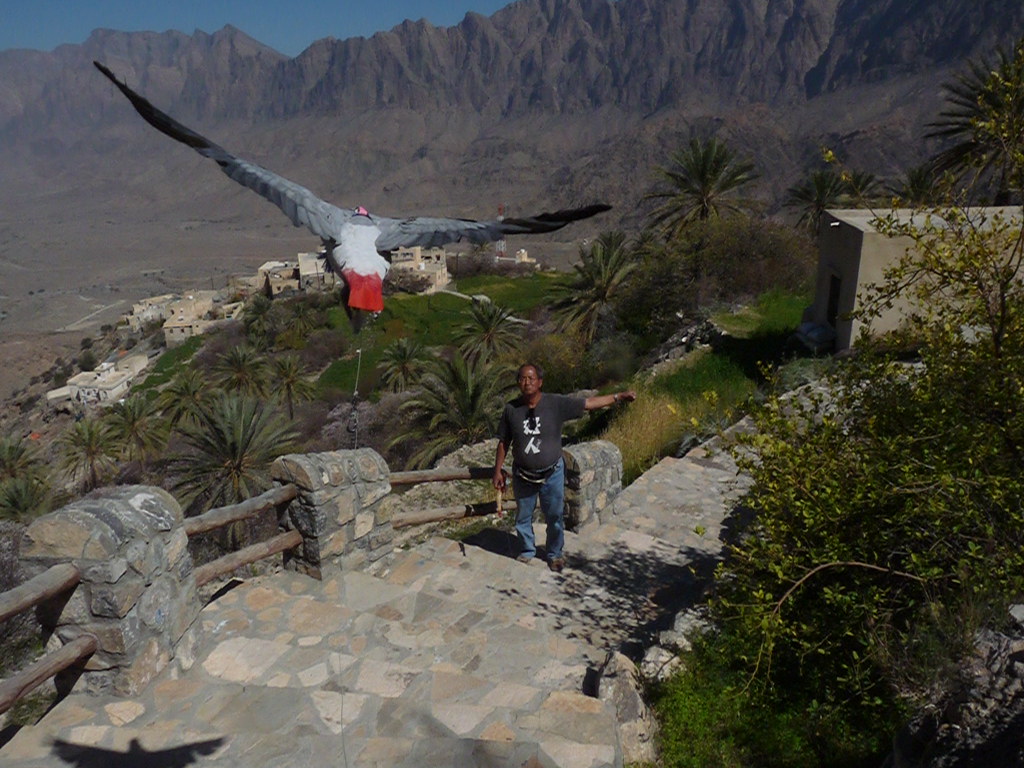 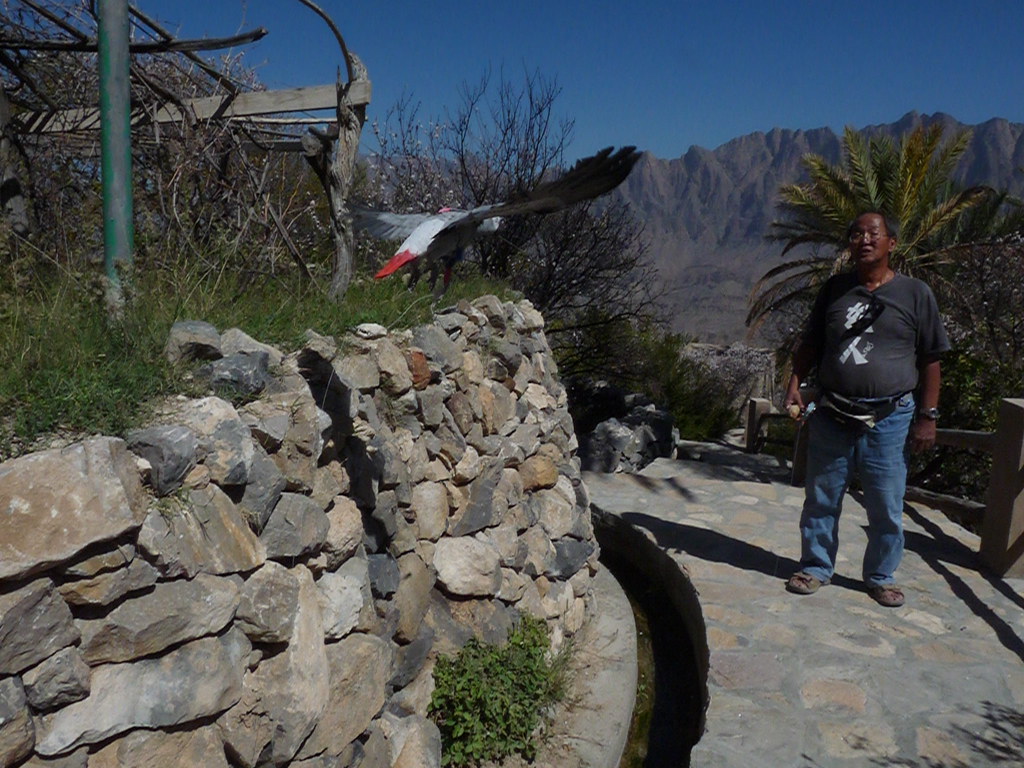 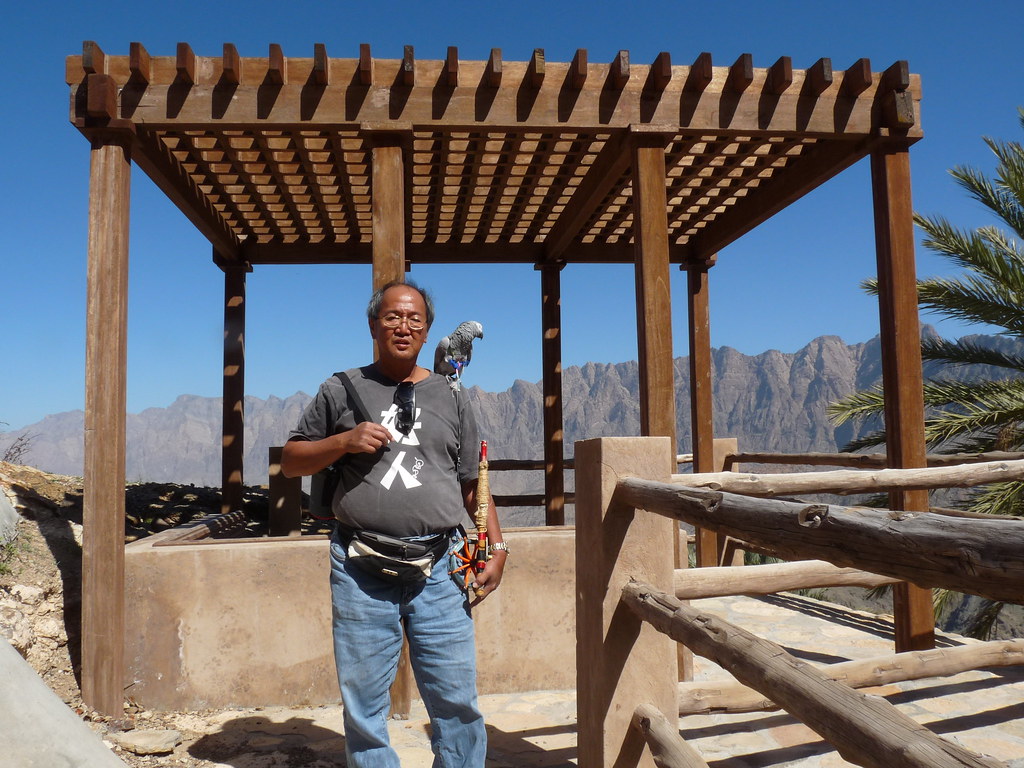 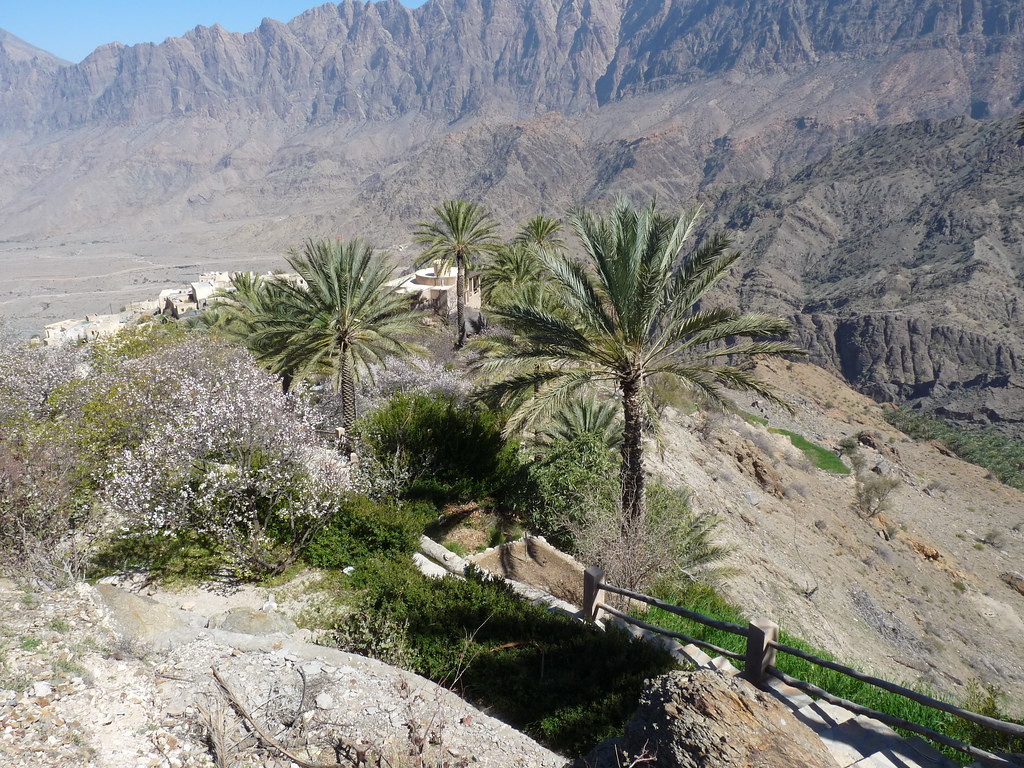 I was not able to see much of it as I was about 700 km away on my project site.

I had planned for Wekan trip to be on 18 Feb which you could see we enjoyed.

I thought we would go and see the cyclists on the last day of 19 Feb 2010 on Friday.

I checked the route on that day was from Shangrila Hotel to the Fish Roundabout at Muttrah. I felt it strange that route was rather short, just 20 km or so and very different from the 140-180 km that they had to cycle.

There was a beautiful lookout point about 4 km from the start that we could see them by.

The race was to start at 2pm, so at 12pm we all left the villa to get there in good time 45 minutes later.

I told my wife that the race would be all over for us by 215pm when that entire circus of cyclists , supporting cars and cameras rushed by us in space of a minute. Then ten minutes later, we could all go home or perhaps to the Wadi Harban after that.

So while waiting for that race to start, we did some flights there. 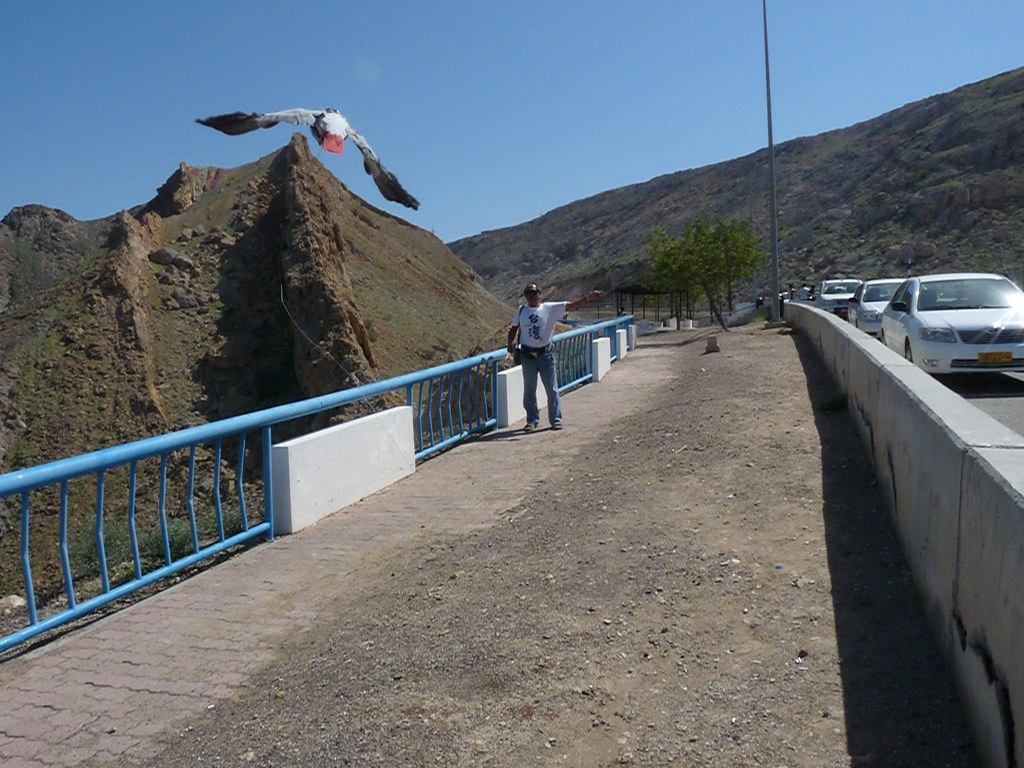 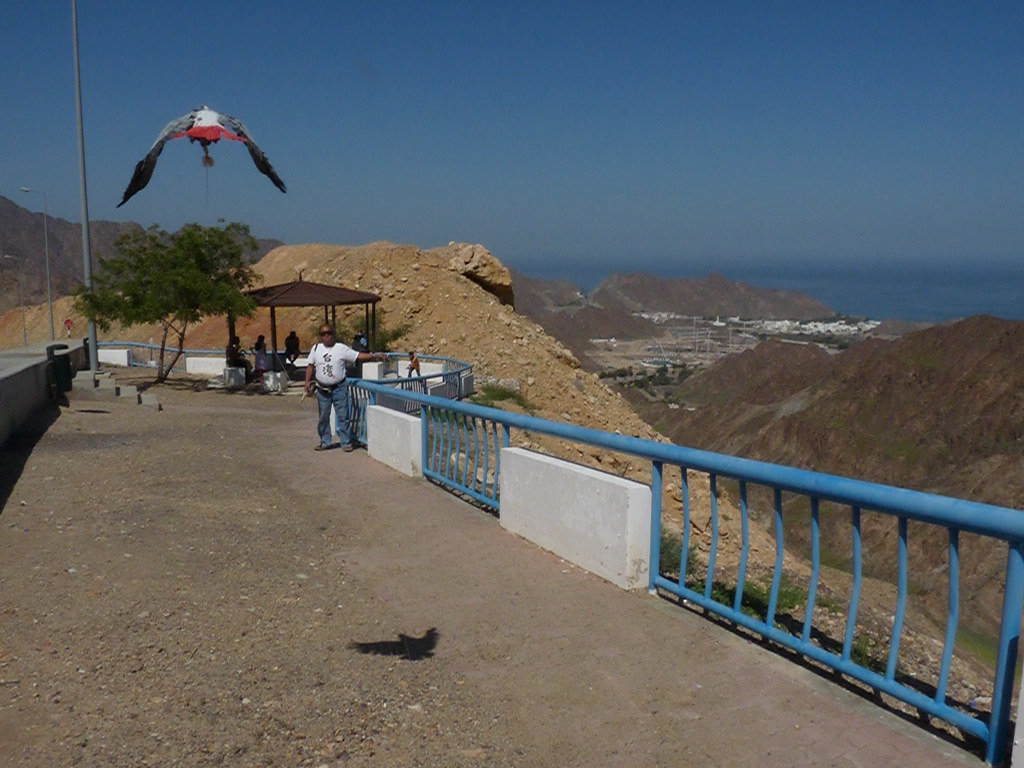 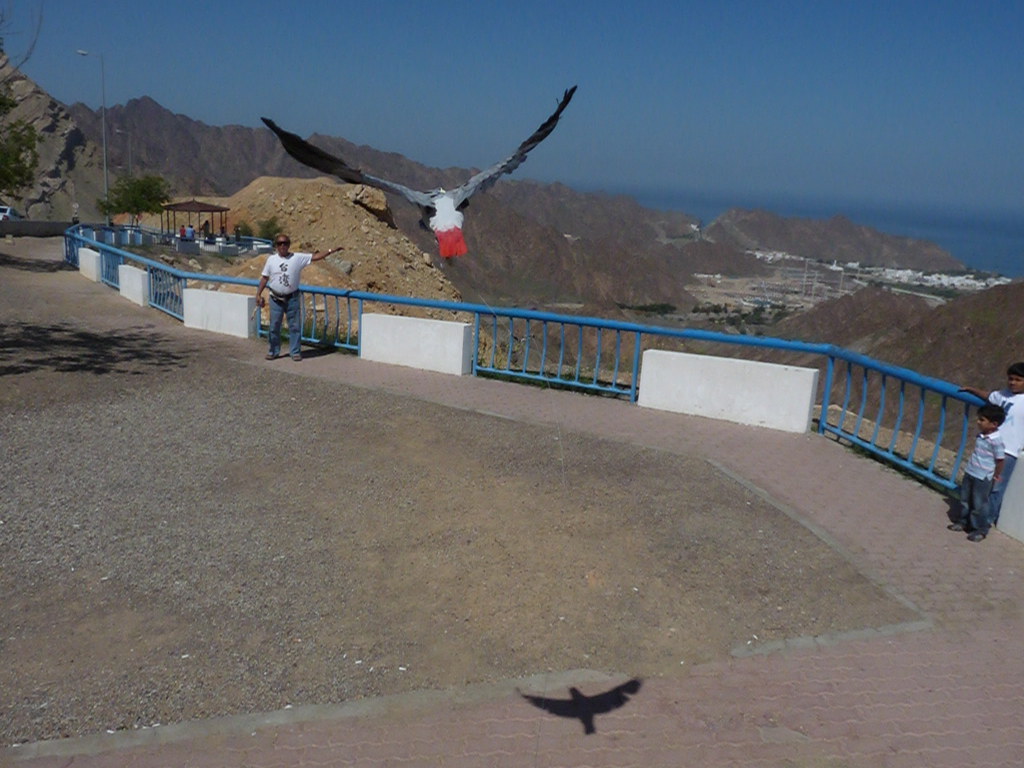 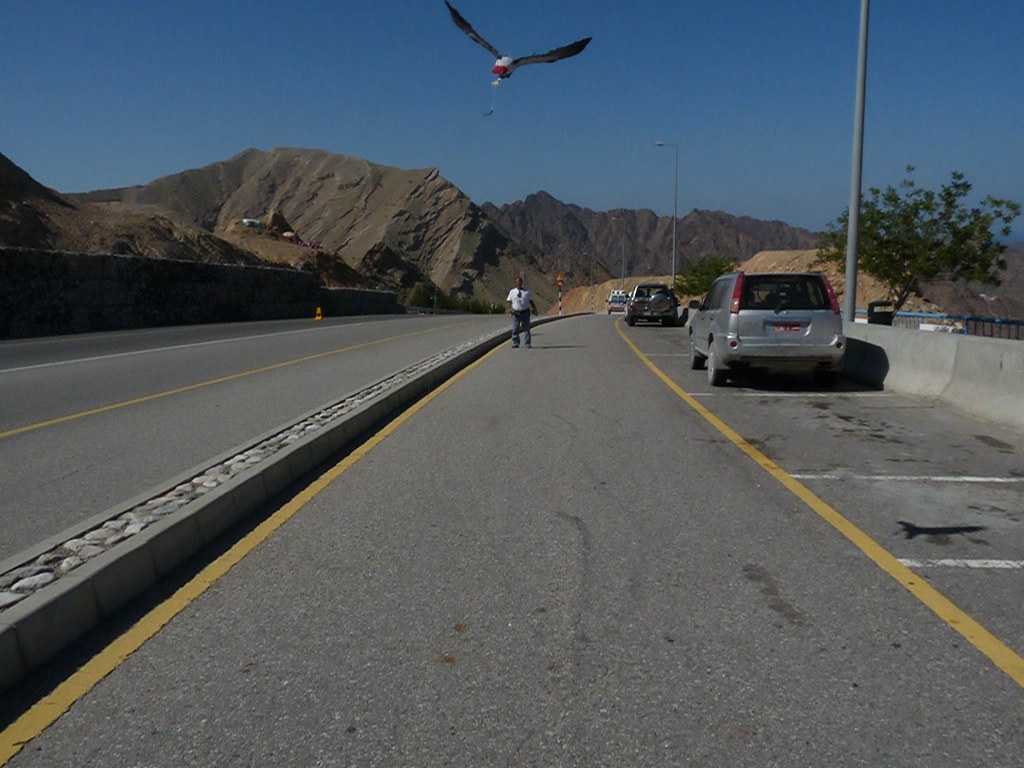 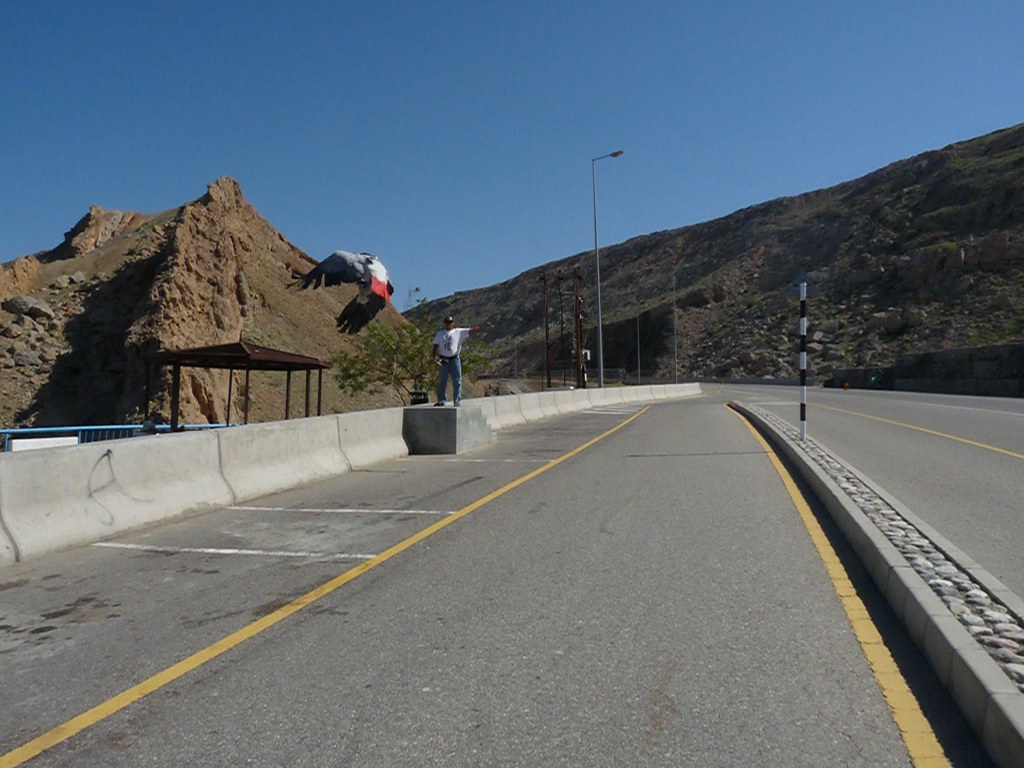 A police car slowly drove up at about 130 pm and told us to go or we had to stay there until 5 pm. I rationalised that police must be wrong as the race would be over at that point very quickly. I did not wish to argue , smiled and told them we would be ok as we wanted to watch the race.

I looked at my watch and knew they must have just started off at 2 pm. We went to the road edge and I told my wife to prepare to shot when the cyclists came as they would be passed us in a flash. 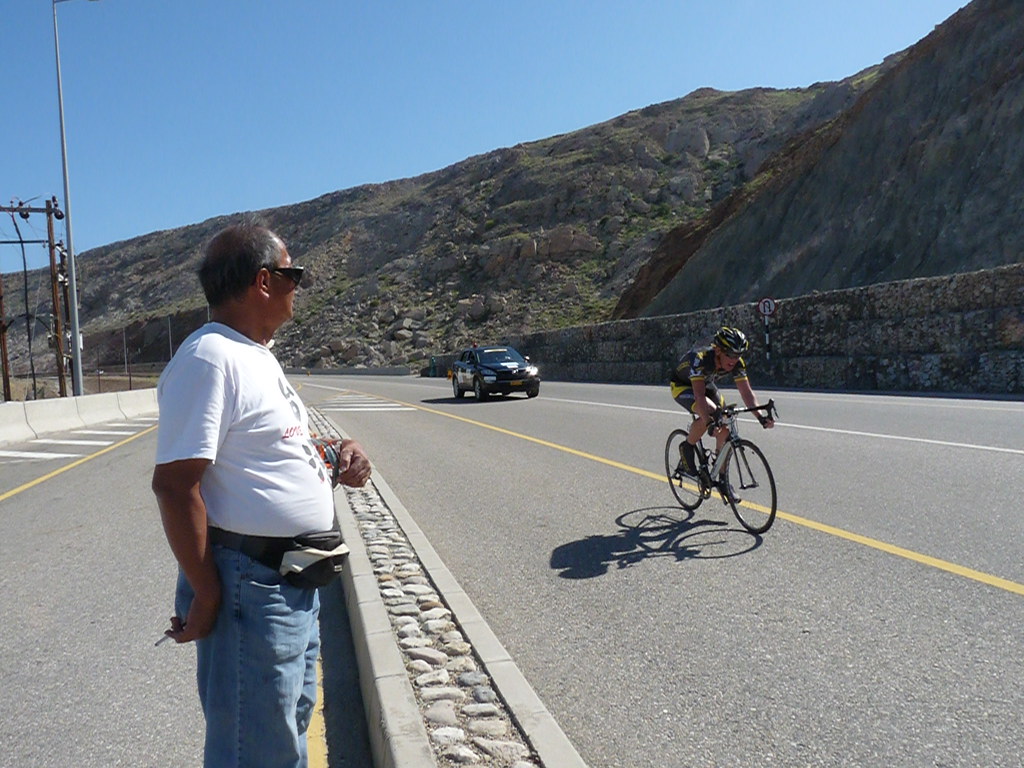 I wondered when would the mass of cyclists be there when yet another cyclist came by with yet another car trailing him. 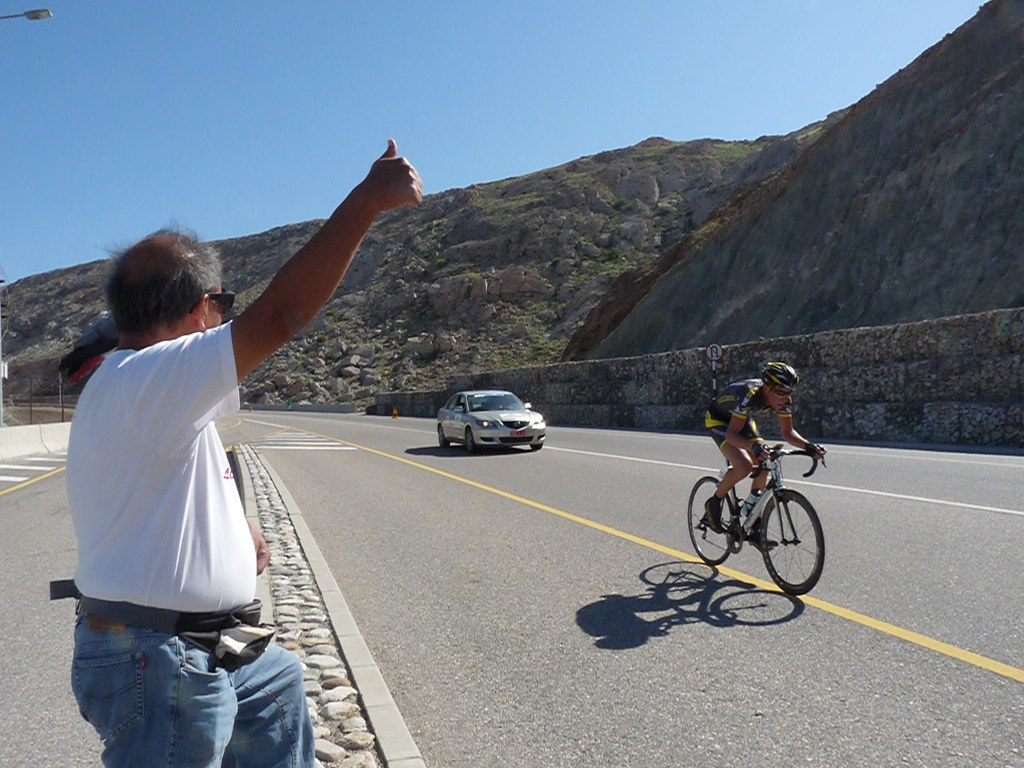 Then it dawned on me finally.

There would be no thundering herd of cyclists rolling pass us all.

And why the route was so short.

This had to be the individual time trials.

And that was why the road would remain sealed off until 5 pm as one by one cyclists came by. 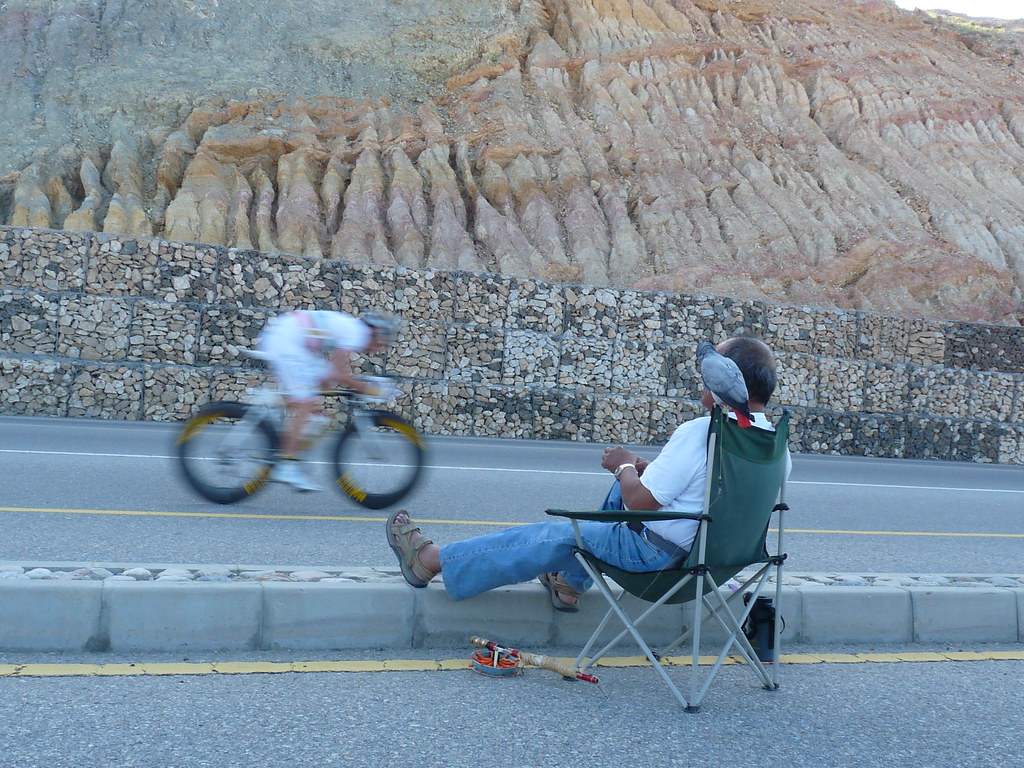 Bunch of cyclists did passed us by. But they came from the other side. I guessed they finished their time trails and came back together. 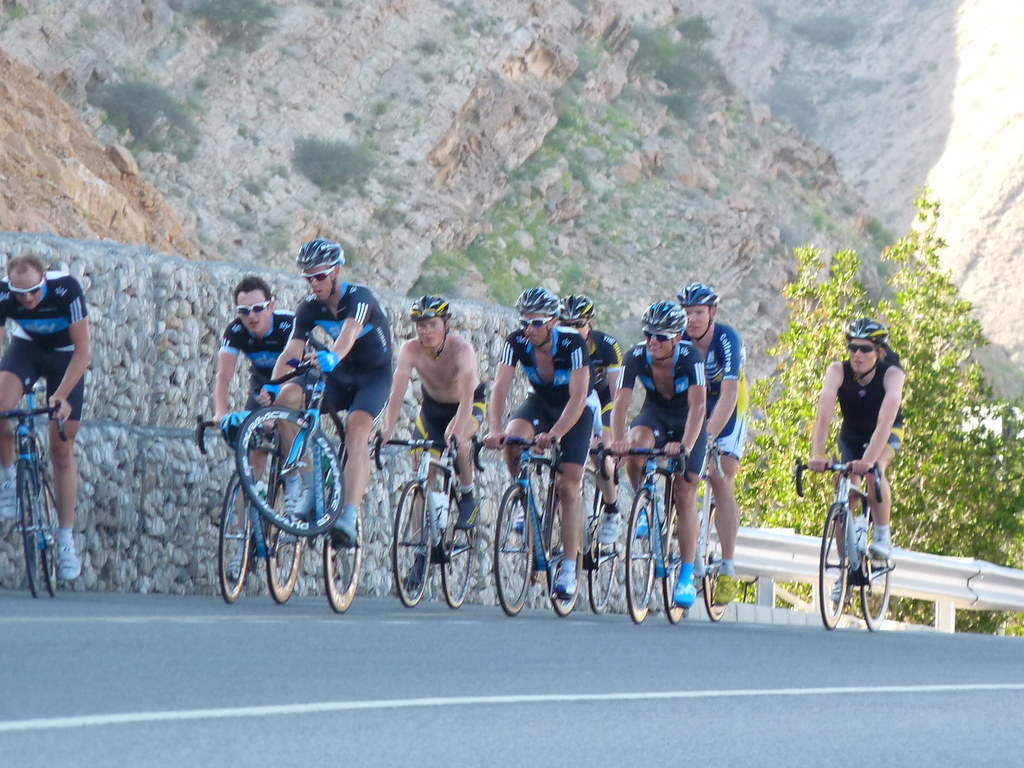 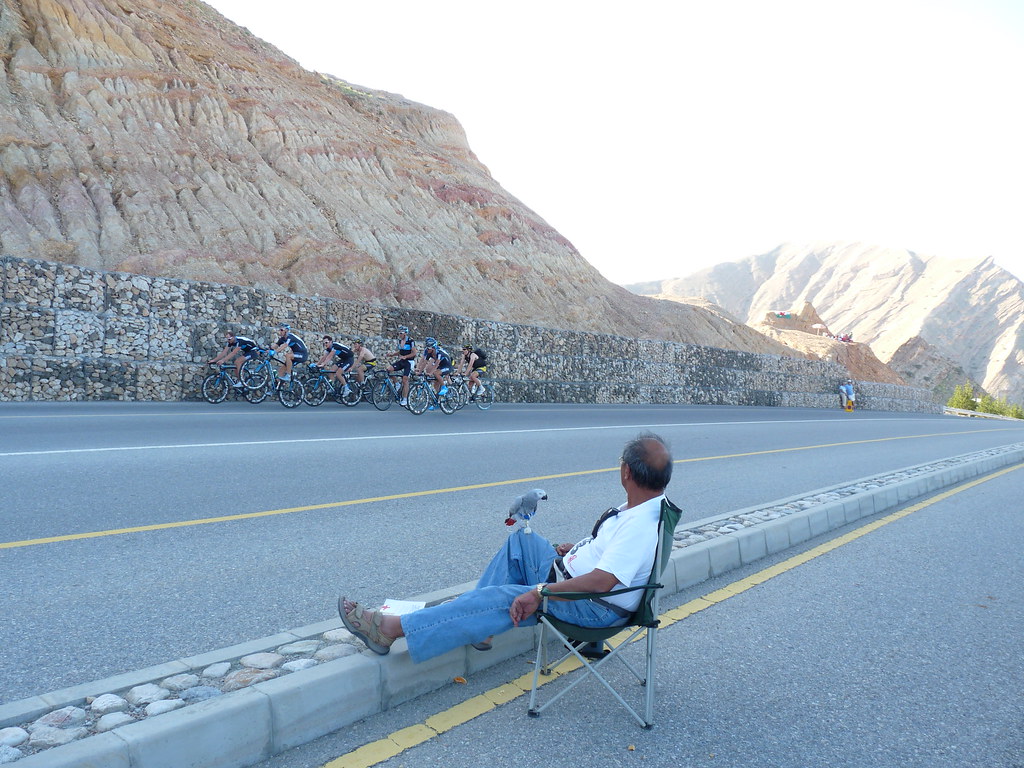 Until finally it was all over and we were allowed to go.