Today is 11 November 2006, but I decided to back date this entry to 8th November instead.

On that last night over there, I obviously had no time to get to Internet cafe to write.

I had planned to leave Chiayi in the morning of 8th to be in Taipei to meet an old friend CH, one
of my earliest friend in Taiwan, the one I met on some trail in Taroko walking alone in the dark
one night in 1990 http://www.geocities.com/shanlung9/taroko90dec.htm

Time passed so fast, and this trip was much shorter than I had wanted, that I felt I needed one last
day here. So instead of leaving on morning 8th Nov, I decided to leave directly from Chiayi at about
midnight to catch my flight to Singapore on 9th Nov 0730 am.

My wife Joy left for UK on 8th Nov and I had to be back for YS as he could not be left alone over
too many days. One of the price we had to pay for looking after birds kept outside cage. Very few
people are able to look after the feathered creatures we had. If they were kept in cages, it would
have been so easy to get someone to look after them when both of us are not around.

Then on the 9th when I got back eventually to the apartment in Singapore, my sleep debt demanded to be
discharged. I slept till morning of 10th. Procrastination then took charge till now.

On 8th, I overslept and got over to Tink late in morning. Then me and the two senior YUs and Tink had
a simple lunch. Since the timing was late, the only meaningful place for me to go with Tink was
to the LangTang lake as that was not too far away. 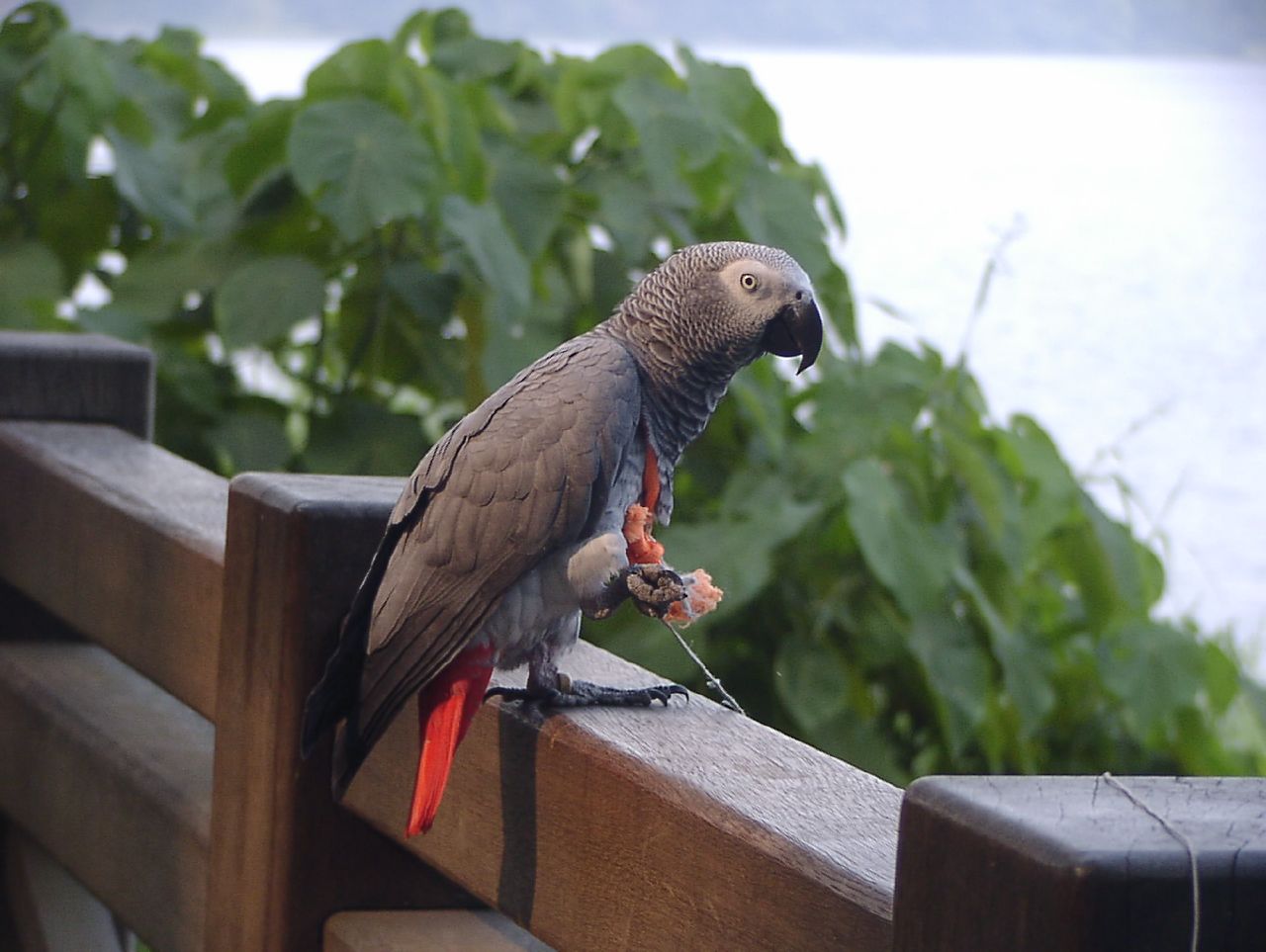 She was placed on the railing with 6-8 meters of line drawn out for her. I enjoyed these last few hours with her,
even her preening and preening had charm for me. She would just be herself on that railing, and with a flutter,
moved herself a meter away down the railing as if the view from there was better. Than she would flew to me, hover
and land on my shoulder to do more preening and then flew back to the railing. She had her drink in the wide top cap
of a fruit juice bottle of water and a bit of orange juice, and a few sunflower seeds that she never bothered to eat.

Now and then, we played, largely of setting her up in various places and doing recalls. After 3-4 recalls, we would
go back for her to preen and for me to sit around and take her photos. Sporadically, she flew to my backpack and
camera bag to brutally attack them, giving me more memories to take back in the enlarged holes and chewed up pack and bag. 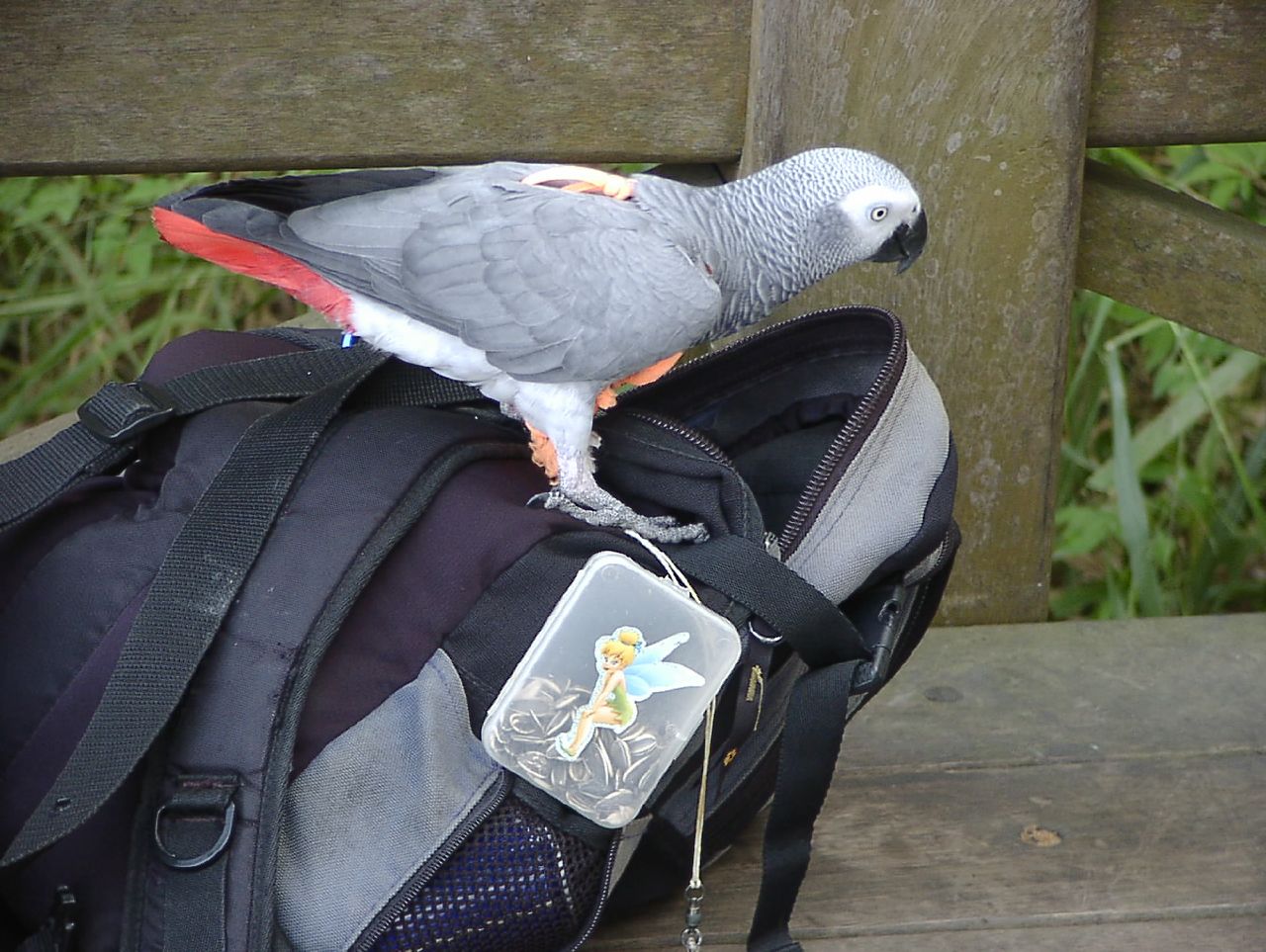 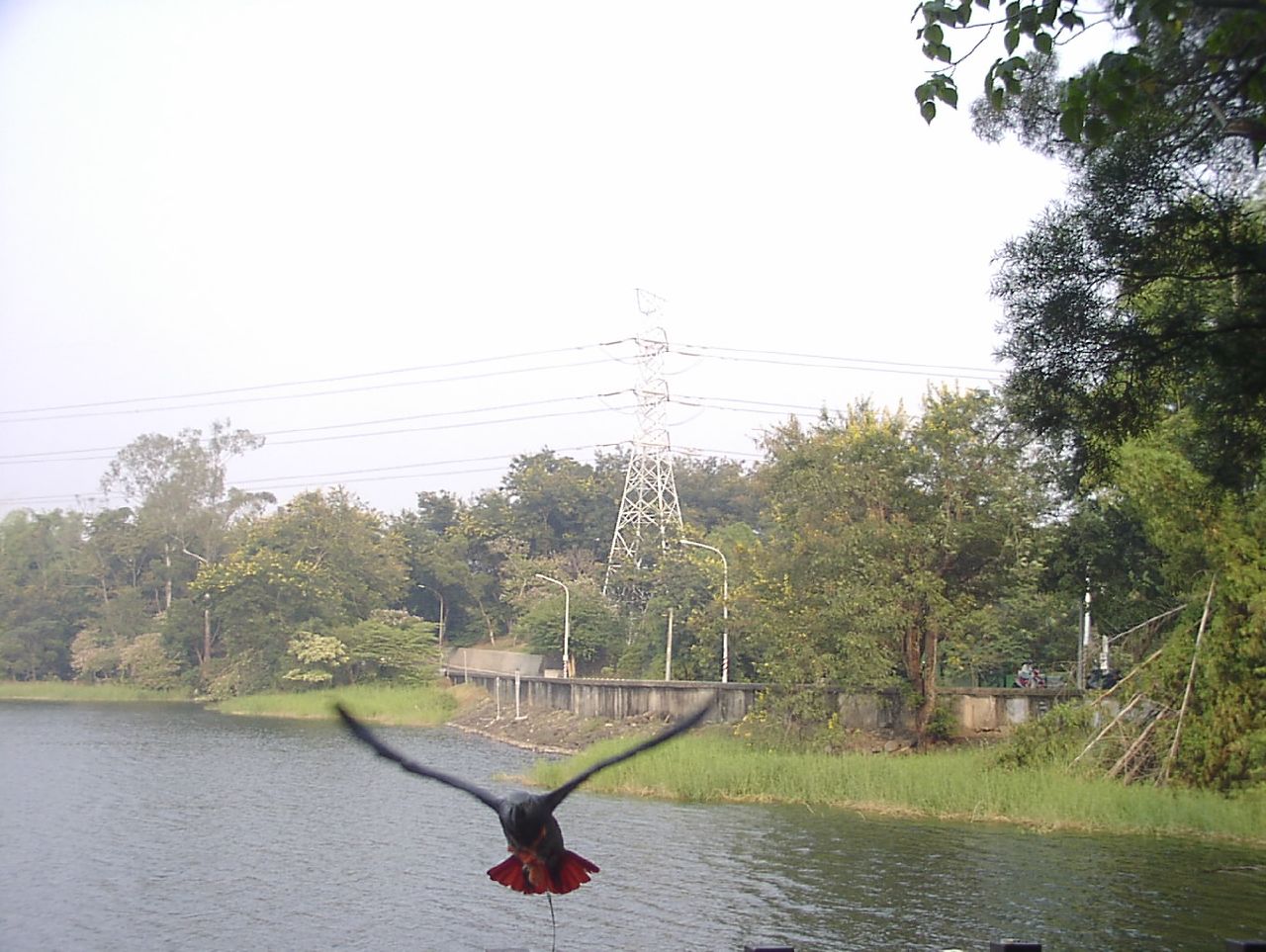 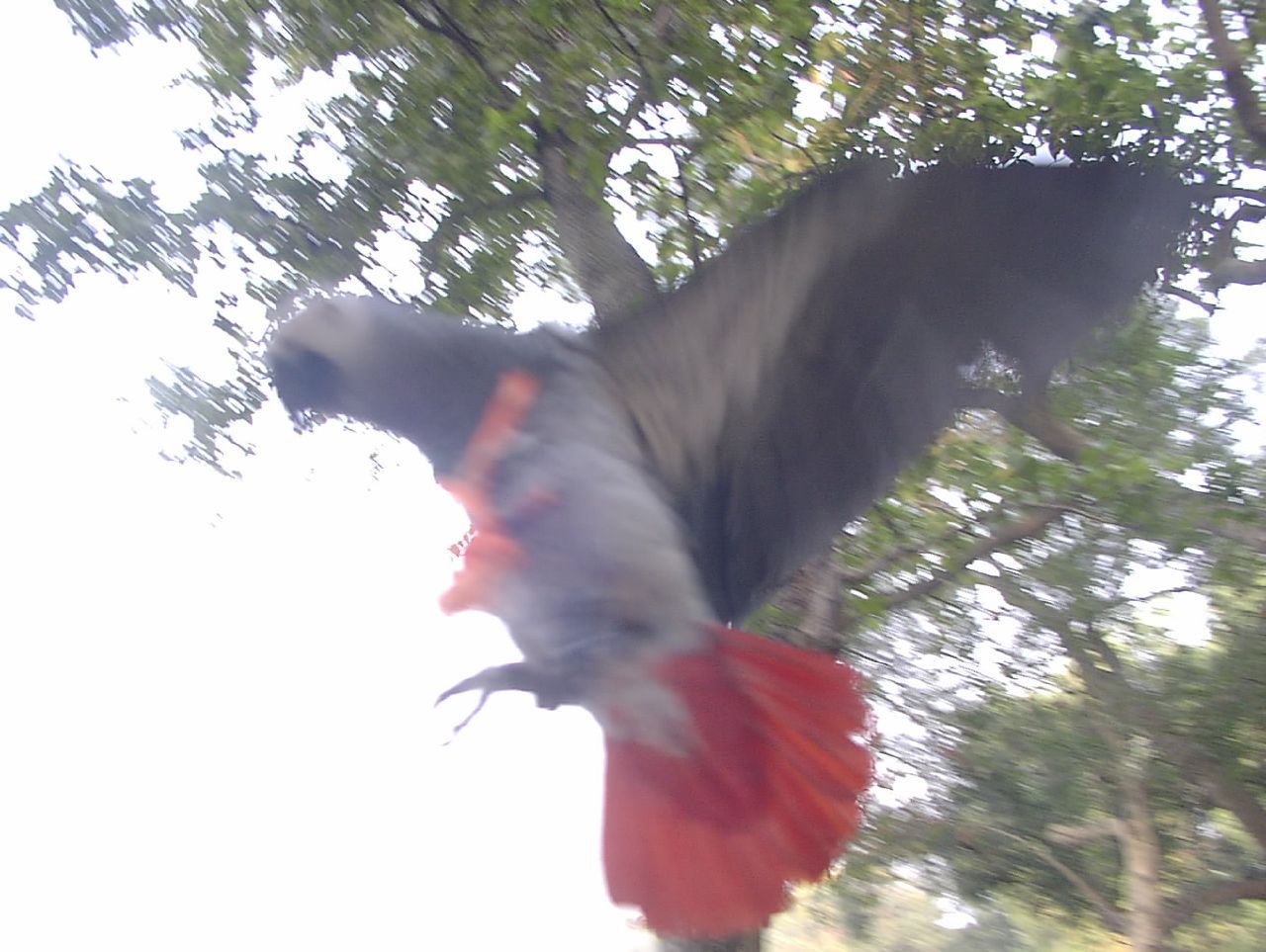 Just so she would not get too uppity, I got her to step up to toss her back to the railing now and then. She accepted
that with good nature.

The usual group/groups of people came and went, just like it used to be.

The day with her ended, and we went back at about 5 pm. 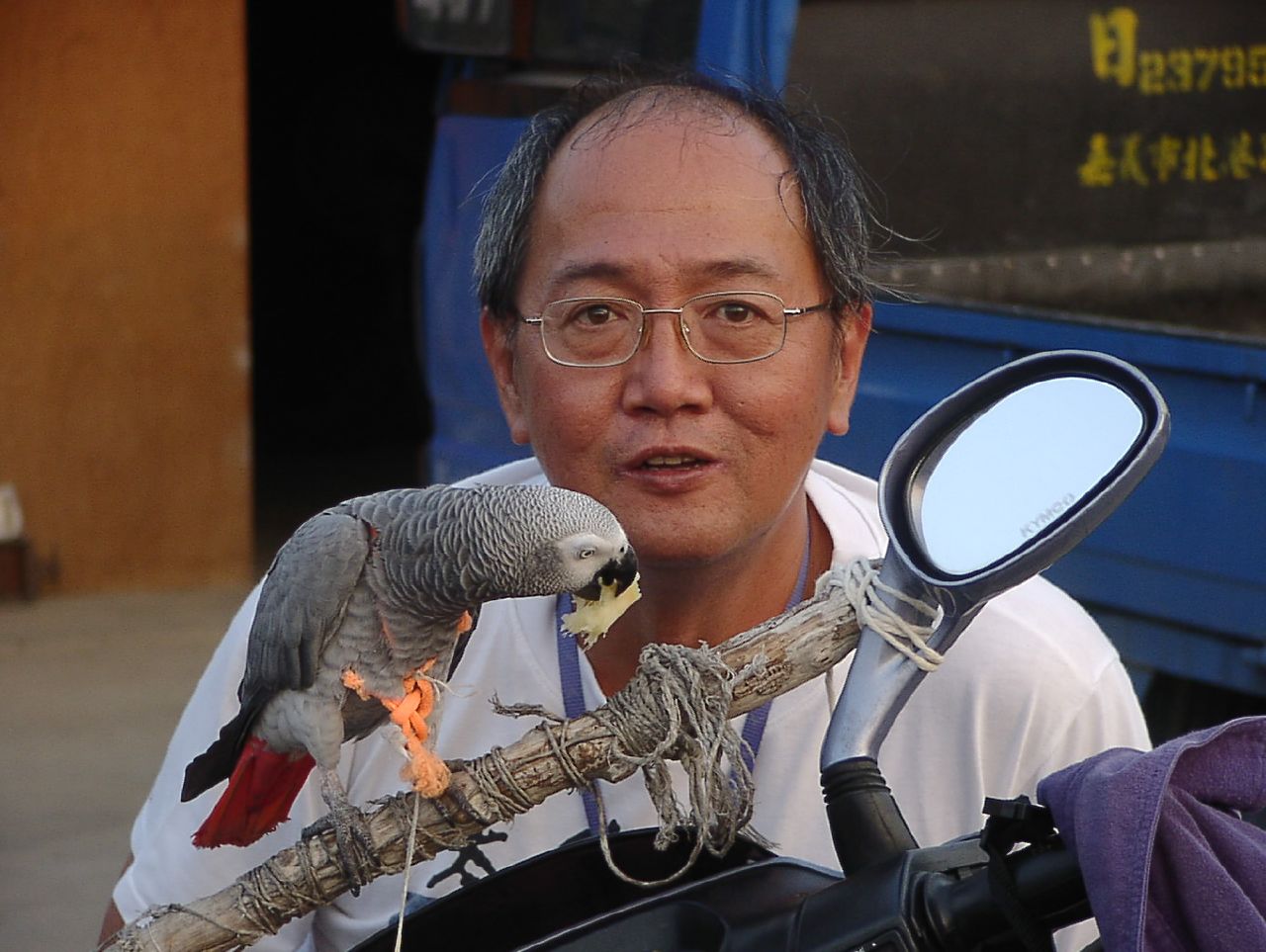 The kids came back. I managed to find a typing tutor (KP typing tutor) which was accepted. But that was nowhere as good
as the old DOS typing tutor I had known in 1990s. They were introduced to that typing tutor to teach them touch typing.

There was still one last dinner. Shi was the host at his house. Wonderful traditional Taiwanese food was prepared. I envy
the Taiwanese for such happy informal gathering of friends with good food and drinks.

Then that dinner was over and Yu took me back to his house prior to taking me to airport bus. It was for a last headrub of Tinkerbell.
The light went on with Tink immediately sticking her head out of her bookshelf bedroom cooing and gooing at me. Her head bend
as I walked to here. With her beak on the shelf and eyes closed, I scratched the back of her head ever so gently.

She never did forget me. And in time, we will once again be together.