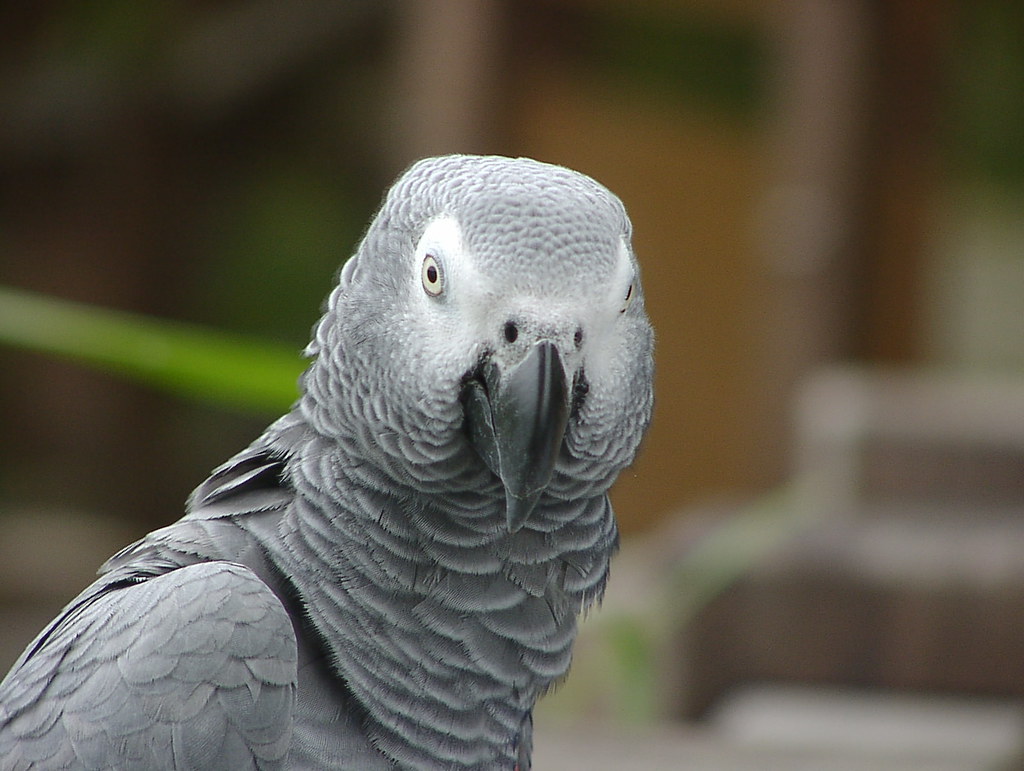 To all my friends across the world.

There are two main groups. The first group are those
that I was writing to when I was with Tinkerbell and
who knew me for years. The other group are my recent
friends including non-English speaking friends from
Russia, Germany, France, Spain, Japan, and Chinese
from Taiwan and China. This email will be going to
both groups. For the sake of translation, I will try
to keep my sentences short.

To that first group, I must say sorry for having left
you in silence for such a long time. I have found it
too painful to write to you after my separation from
Tinkerbell.

I did write again to let you people know I was safe
during the tsunami on 12/26. I thank you all for
writing and I read all the letters even though I did
not answer at that time.

Let me make amends now and you may understand better
why I was silent.

My contract in Taiwan came to an end on 14 Oct 2004
and I had to leave Tinkerbell with my Taiwanese friend
and his family. I still hope to be back in Taiwan
again even as the plane brought me and my wife to
Singapore.

As to how much animals bond with humans, I have to
tell you of Ivan my cat. Ivan was a kitten in 1997
when he was rescued to live with us in Hong Kong. I
have mentioned in a group that Ivan appeared to be
psychic. You may like to read of that in
http://www.geocities.com/shanlung9/ivan1.html

In those days, they did not have the scare of avian
flu or new diseases. When we had to return to
Singapore, it was easy enough to bring Ivan back with
us. Ivan did not join us when we went to Taiwan as we
did not wish to suhject him to a 3 month quarantine.
I do love Ivan very much.

Ivan was kept by my mother-in-law in a big enclosure
with other cats. In the brief sporadic visits back,
Ivan seemed to ignore me.

A few days after we got back to our apartment in
Singapore, Ivan was brought back to me by Joy's
mother. After 4 years of being apart from me, I
thought he may have forgotten me.

I first heard him screaming and calling from his
carrier cage as he was brought to the apartment. When
the cage door was opened, Ivan came out, look very
intensely at me and screamed and meowed even louder
for at least a minute.

Ivan then looked away from me to the nearby table and
was quiet. I thought that with all that strange
screaming, perhaps he remembered me after all. I was a
bit disappointed that he did not purr and do his
figure of 8 curling and rubbing on my ankles.

What he did next was something he never did before.
Ivan jumped up to the table next to me and leapt
immediately up from the table to my shoulder. He then
curled himself around my neck, and continued that
screaming right into my ear while rubbing and rubbing
his head on my cheek and ear. He remained on my
shoulder and refused to be taken off.

When I had to leave Tinkerbell, some of you wrote to
assure me she will remember me. After this
demonstration from Ivan, I do know for sure that none
of the animals that we are close to will ever forget
us. I was tremendously touched by Ivan.

As I do not feel Singapore to be a place I can call my
home even though I was born here. It claimed to be
democratic having regular elections. Elections are
also regularly hold in pre Saddam Iraq, North Korea
and Cuba. Many people here do not wish to ever retire
in Singapore. I share such sentiments. But now as
Singapore will not allow me to bring back Tinkerbell,
this place will never be my home.

In mid Nov, I was so delighted to receive a phone call
from Taipei to be prepared to return to Taiwan on a
new contract. I wanted nothing more in my life than
that. I was already thinking of chapter 2 with
Tinkerbell and how to write and let you all know. But
a week after that phone call, I was told the contract
price was arbitarily cut and that cut fell on my
department.

That was painful. For a couple of weeks after that, I
was in a daze.

Life have to go on.I thought of going for a scuba
diving holiday in Thailand and then on to Laos. (I am
a qualified PADI Rescue Diver).

A childhood friend was planning to go to Kuching,
Borneo and wanted me and Joy to join him there.

When I was in Taiwan, I have seen many small orang
hutans (this is a malay term translating directly to
man forest) kept in tiny cages in restaurants to
attract customers. I have wanted to see them in the
wilds. When in Taiwan, I also saw the Rhinocerous
Hornbills in a park with their wings clipped. Those
are big and beautiful birds that I also wanted to see.


With the strong persuasion from my good friend, I
changed my plans and was in Borneo instead. That was
where I wrote to you from to let you know I was safe.

Joy and I went to the Semenggoh center for orang
hutans rehabilitation.
http://www.cuti.com.my/Sub/Sarawak/guide_semenggoh.htm

This is an old center and all the orang hutans are
already released into the forest. However, they have
supplementary feedings at 9 am and 3 pm. If the orang
hutans cannot find sufficient food, they will turn up
for the supplementary feedings. We were told that
there may be a dozen or more.

In our first day at Semenggoh during the 3 pm feeding,
we saw a small orang hutan. She was high up in the
tree top slowly moving about. She did not come down.
I was happy even if I saw her at a distance. At least
this time it was in the wild. I seen too many of them
chained and caged and it felt majestic to see even one
orang hutan in the wild.

I sincerely hope that the other orang hutans
integrated themselves back into the wild. Semenggoh
center is surrounded by villages and plantations. Even
though that great ape is under total protection, it
may be possible that some may be killed.

I was disappointed on the hornbills. They are huge
birds with a beautiful horn.
http://orientalbirdimages.org/birdimages.php?action=birdspecies&Bird_ID=326&Bird_Image_ID=155&Bird_Family_ID=70

I never expect to see them close. I kept my eyes and
ears for them. I was very disappointed not to see a
single hornbill. They were supposed to be very common
in Borneo. It is a tragedy if the hornbills are found
only in zoos.

We planned to go up river and deeper into the forests.

That was when we got news of the tsunami. Some of you
were worried enough to write directly to me when I
wrote to all the groups to let you know we were safe
in Borneo.

All our plans changed after that. In the face of that
tragedy, I did not wish to continue with our travels.

You may like to see and read of that trip. My wife
Joy invites all of you to

Pictures of Kuching at
http://public.fotki.com/shimmertje

For a few weeks after that even after we returned to
Singapore, the news of tsunami and its victims kept me
on the CNN and BBC.

I read all the letters you wrote me that time and I am
touched. But I just could not reply at all. It was
still kind of painful to write to the groups I was in
for years. After looking at all those devastation and
the troubles of other people, my problems seem more
mundane.

I decided to reach out to non English speaking parrot
lovers as I felt the lessons and knowledge I learned
may be appreciated by them as well. In my discussions
with them, I realised that while I wrote in detail,
that will not be sufficient for them to do what I have
done with Tinkerbell.

Over the next few weeks, I will be writing more.

I have stayed in touch with Mr Yu who is looking after
Tinkerbell in Taiwan. He also wrote to me after that
tsunami and I called him on the phone to let him know
we were safe, and to talk to Tink.

I last spoke to him a few days ago and to Tinkerbell
too. He told me Tinkerbell will get excited when he
talks to me. Then when the phone is given to her, she
will remain very still as she hears me. He send me
some photographs taken of her around mid January 2005.

You can see that in the folder below. Tinkerbell
still looks beautiful to me. You can see the state of
her health.

Just two days ago, I was checking my camera and found
some photographs taken during my last few days in
Taiwan. I did not realise until I saw those
photographs that Joy caught the handover of Tinkerbell
to Mr Yu on that 13 Oct that I wrote about. 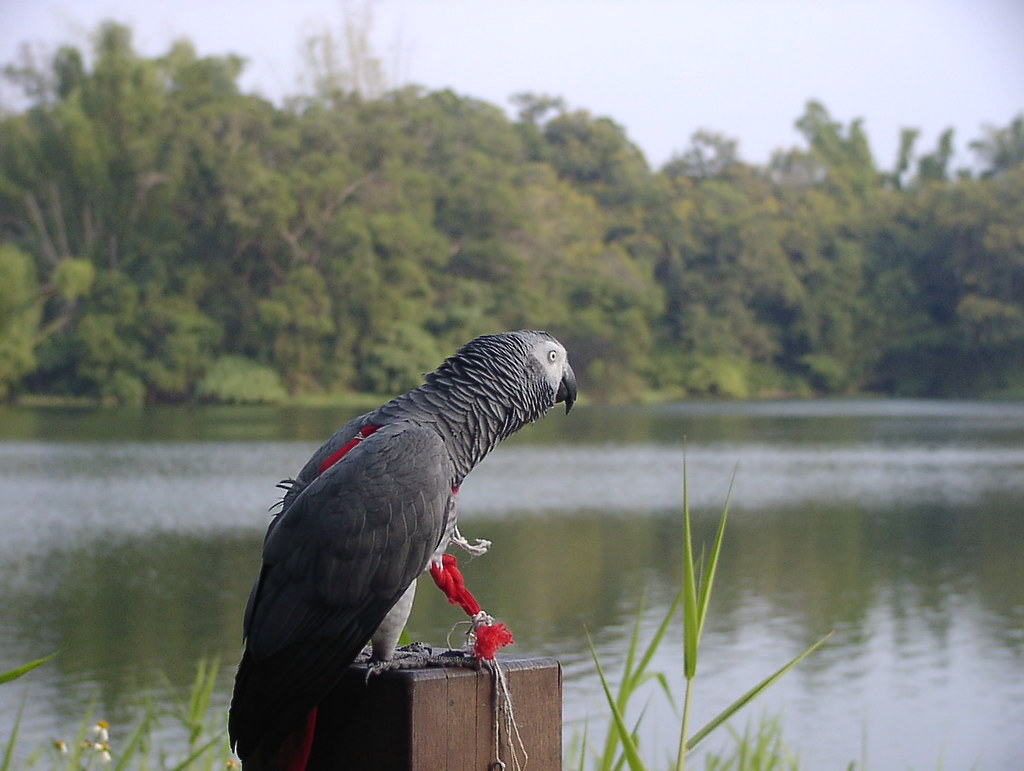 There is another album that perhaps you may like to
see. I was at a friend's house recently. You may
like to see me with Black Palm and Moluccan cockatoos
and other parrots that he kept. I stayed clear of them
for a while to let them get used to me. I talked to
them. I then knew that they liked me. Luckily I was
right. They got huge beaks. 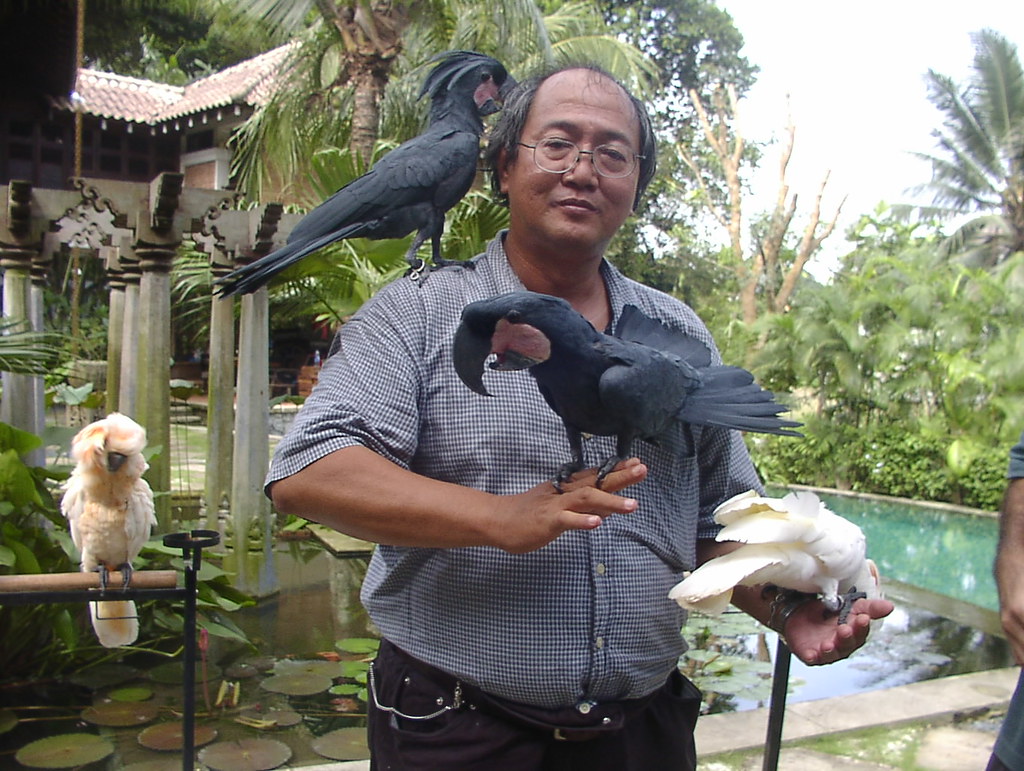 My friends, I will be going to Laos and Thailand over
the next two months. I rather be out of Singapore then
be in Singapore.

On Sunday 6 Feb, I will be flying off to Bangkok and
making my way into Laos. Eventually, in some internet
cafe somewhere, I will be reading all your letters to
me and continue my writings on the care and training.